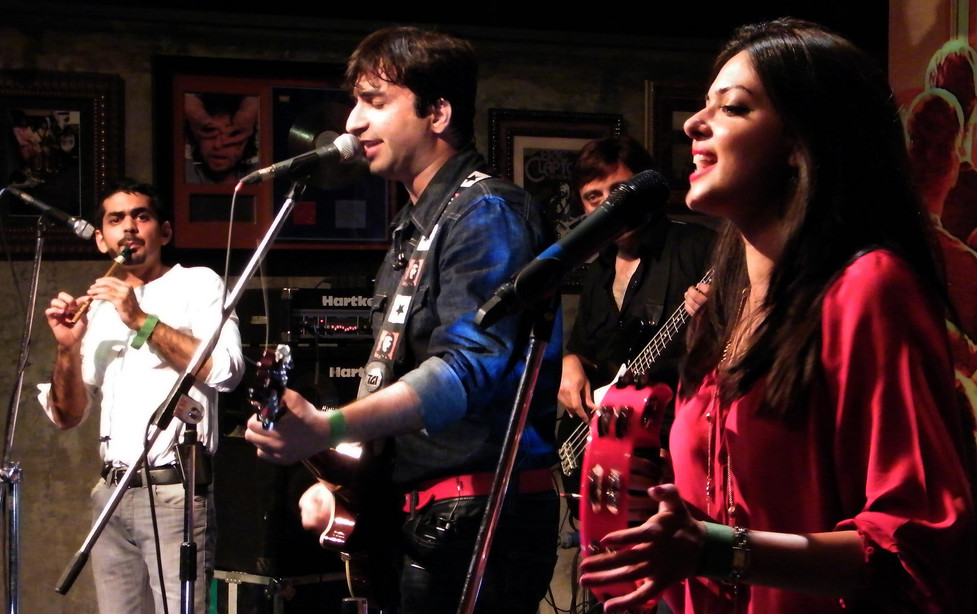 A challenge for Pakistan today is to develop a consensus on how to constructively engage and critique issues sensitive to the Pakistani community and the wider Pakistani diaspora settled overseas.

Past efforts at unifying the people of Pakistan under a rubric of political Islam include the state-led Islamization of 1980. However, it failed to
subdue a faction that went on to develop a separate rhetoric against the politics of heavy-handed state-intervention. This came about in the form of
resistance poetry written by leftist poets such as Faiz Ahmed Faiz and Habib Jalib, both of whom penned prolific poetry that became the inspiration behind the revolutionary tunes of Pakistani rock band Laal (“Laal” translates to red in Urdu).

In Pakistan, Laal incorporates the poetry from the mid 1930s into their music to initiate social change. The band popularizes progressive poetry
written seventy years ago to reflect on what is unfolding within the current political landscape of Pakistan. Recently, their music has garnered extensive praise and attention in Pakistan and elsewhere. Their shows have attracted a diverse crowd in Pakistan and also received attention from the
U.S. political media. 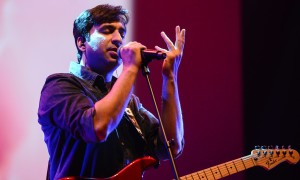 How does Laal introduce social change through music? How does it use music to unify a society, divided along the lines of ethnicity, class, sectarian religion, politics and history?

By stylistically mixing twentieth century leftist poetry with contemporary sounds, Laal aims to raise the social consciousness of the Pakistani people against harsh, dictatorial policies that have marked the country since its inception in 1947. Taimur Rahman, Laal’s lead guitarist, who is also an academic and socialist political activist, believes social media is pivotal to communicating the band’s message effectively to thepeople.. However, their social media strategy on Facebook has been subjected to past scrutiny at the request of the Pakistan Telecommunication Authority (PTA).

For many emerging young arts and cultural professionals, much of the solution to the Pakistani sectarian politics lies within the domain of art. Whether that be in challenging the exclusion of women from public spaces or in envisioning a socialist society, art’s ability to transcend is far more powerful than competing factions on class, ethnicity, gender and religion.

Last month, Laal made their UK debut at the Alchemy festival. At the event, the Pakistani rock band collaborated with the Asian Dub Foundation for a rework of the 1988 anti-apartheid political song Gimme Hope Jo’anna. In their political reimaging of the song, the duo was paying a tribute to Malala Yousafzai who survived a Taliban attack aimed at female subjugation through violent and systematic oppression.

Laal recalls past struggles to reimagine a socialist society that frees the oppressed. They occupy the forefront in advocating for human rights and ending sectarian violence and political corruption in Pakistan. Their message of peace, inclusion and self-efficacy is captured in a corpus of leftist poetry.

We are the lover, they the impatiently disdaining:
Dear God! What kind of business is this, anyway?
Ghalib

And then some more:
It has been centuries since my friend was my guest,
When with language alone, we have lit candles through the night.
Ghalib 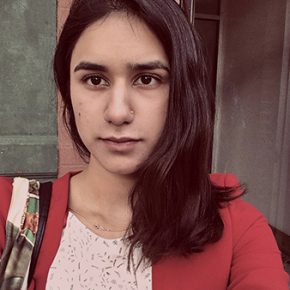 Born in Lahore, Fatima studied Liberal Arts as an undergraduate and is a recent graduate of Pratt Institute’s Arts and Cultural Management Program.