The New Tenochtitlan: A New City Through Culture and Civic Innovation

In the early 14th century a shaman had a vision of a glorious city, which would be built where an eagle was seen perched on top of a cactus, devouring a snake. This would begin an exodus from what is now New Mexico to central Mexico, where in 1325 that vision came true. The city was named Tenochtitlan. Today, that city is known as Mexico City, or El D.F. as natives call it.

Consisting of 16 districts, 1,775 neighborhoods and 22 Million people, Mexico City is considered one of the world’s most chaotic and diverse ‘mega cities.’ For decades, this chaotic ‘mega city’ has bordered on instability and its inhabitants have experienced fear and inequality due to the ongoing drug wars, which recently made their way to the capitol. This near instability has tested the citizens’ resolve and out of that came a progressive movement, which has taken hold in ways that few could have predicted. Mexico City has a new phase of its history in sight as a combination of social reform efforts, environmental initiatives, and new government programs are coming to fruition under the new administration of Mayor Miguel Angel Mancera.

For many years government agencies have approached the city’s challenges with conventional solutions or with remedies that are simply informed by cost and time constraints. Under this type of model, traffic congestion has been addressed merely by adding lanes to roads; housing problems have been responded to by simply relocating lower income residents to less desirable sections of the city. Both of these measures have not been able to confront the fundamental problems causing the issues. As a result, the new Mayor elect has decided to find solutions to decades old problems such as congestion, environmental sustainability, and low income housing with a new formula. 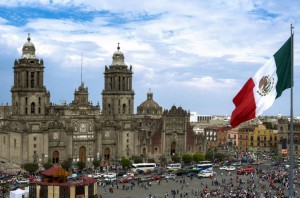 This cutting-edge approach will be inclusive, looking to the people of Mexico City to get involved; it will utilize the city’s creative community to find innovative solutions to these age old challenges. Mexico City’s creative community is well positioned to take on this role as the city currently ranks as the eighth largest urban economy; a steadily climbing eight percent of which comes from the creative industries. This percentage is significantly higher than the 5-6 percent average found worldwide. With half of the population under the age of 26, the new administration hopes to pull fresh ideas from its youthful constituents. Tapping the community, creative sector, and youth of Mexico City, the government aims to act as a mediator with civic innovation playing a key role. Civic innovation involves facilitating collaboration between government and society to create real, different solutions that work. The idea that the government can speak on behalf of the people, but also speak in conversation with the people has been absent from Mexican society; however, the new administration has finally inspired a dialogue between its citizens and their government. 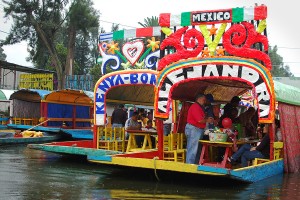 An iconic image of Mexico City.

Mexico city’s cultural heritage continues to inform its creativity and its ideologies. The city becomes a space where indigenous flavors and arts are captured by viewers holding iPhones and tweeting about their experiences. It’s here in its cultural heritage, that Mexico City’s distinct identity comes through. Since the 1970’s, multiple cultural centers were set up throughout the city to educate its citizens about their heritage. Most of these centers were used as gallery spaces and museums. These same centers can help to evolve that sensibility for cultural awareness into an instrument for policy change. Culture and civic innovation have been combined to inform a new government project known as El Laboratorio para La Cuidad, which is being spearheaded by Gabriella Gomez-Mont who is a local artist and documentary filmmaker.

With the help of the new administration and other professionals, El Laboratorio will look to use the cultural centers as hubs to experiment with potential city initiatives. These hubs will serve as incubators for designers, artists, and architects, where they can work together on local challenges and get immediate feedback from the community around them. In this plan, El Laboratorio is using art and culture as a strategy for thinking differently about Mexico City’s challenges. The rich cultural heritage of the indigenous people of Mexico have influenced its evolution and will hopefully be a great part of its future. It is possible that the same instability, which has historically been a barrier to progress, can also become its main motivator.