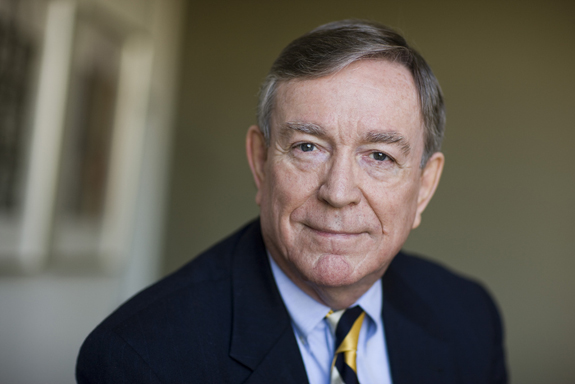 In the mid-1990s visionary Ray Anderson jolted the petroleum-intensive carpet industry by shifting the direction of Interface, Inc. into becoming one of the first net-zero companies.  As chairman and founder of the world’s largest modular carpet manufacturer, Anderson set Interface on this new path by strategically redesigning the company’s practices and establishing the goal to eliminate their carbon emissions and waste production by the year 2020. At the time of Anderson’s death in 2011, the company was more than half way to achieving this goal- at the same time doubling their profit margin. Anderson’s daring, yet heartfelt approach to business has changed the way materials are produced and has ignited a movement that continues to gain momentum today. 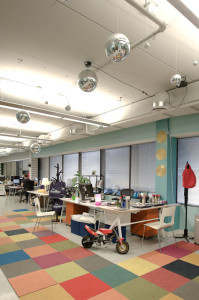 Anderson established Interface as a modular carpet company in 1972, recognizing the potential of this European style carpet in the American market. It wasn’t until 1994 after reading Paul Hawken’s book, the Ecology of Commerce, that Anderson realized the negative impact his company had on our environment. From that point on Anderson was committed to protecting future generations by changing his company’s practices and the products they produced. At Interface, he instilled a dynamic work environment that promoted experimentation and accepted failure as a learning experience necessary for success. He brought the triple bottom line from a theoretical concept into a practical business model, based on a process set to achieve the seven fronts of sustainability. Interface has seen great success, particularly in the built environment design industry by giving designers the ability to select product based on their own environmental considerations as well as aesthetic appeal. With Mission Zero’s inception in 1994, Interface has become a multibillion-dollar company.

Ray Anderson’s message was not just a call for change in the building industries, but for companies of all types. He boldly declared business and industry as the biggest culprit “…in this massive mistreatment of the earth by humankind.”  In a 2010 foreward he wrote for the follow up to his book Confessions of a Radical Industrialist, Anderson challenged capitalists to imagine a profit-and-loss statement that includes costs for creating air, food, water purification, and climate regulation. He attests, “Surely, even the capitalists will know that without any of these, there would be no economy in the first place.”

He boldly declared business and industry as the biggest culprit “…in this massive mistreatment of the earth by humankind.” 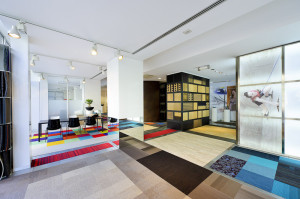 Ray Anderson died of cancer on August 8th, 2011 at 77 years of age. His legacy is especially relevant today as our world faces economic and political turbulence, propelled by scarcity of oil and other resources. Anderson’s commitment to true sustainability that valued people, product, process, place, as well as profits was not just to achieve success for his own company; he also wanted to show the world how these business practices are the way to maintain a viable future.

Spoken in a message made simple and poignant, Anderson said in his 2009 TED Talk, “We have a choice to make during our brief, brief visit to this beautiful blue and green planet. To hurt, or to help it.  It’s your call.”