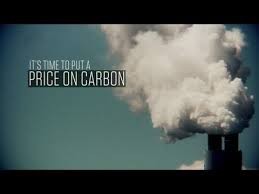 Today marks the 34th annual Earth Day, a day dedicated to environmental awareness and stewardship. At Catalyst Review, we believe that the sustainability of our natural ecosystems is integral to the viability of our economies and the vitality of our communities and cultures. Today’s post highlights an organization engaging in environmental action every day, emphasizing the crucial nature (pun intended) of the component of the triple bottom line that is ‘planet.’

The Intergovernmental Panel on Climate Change, (IPCC) is a United Nations panel of climate experts that won the Nobel Peace Prize in 2007 for its efforts to analyse and communicate the risks of climate change. The IPCC drafted a report that was leaked to the press at the end of the last year. The report states that “we are already seeing the harmful effects in some regions,” some of these effects are the rising temperatures, risks of the food supply, rising sea levels, climate change, and migrations of animals and people.  Perhaps the most shocking statement in the draft mentioned that the cause of these changes directly related to human activity.

Back in 2005, Al Gore, Nobel Laureate and former Vice President of the United States, founded the The Climate Reality Project, a non-profit organization whose mission is “to uncover the complete truth about the climate crisis in a way that ignites moral courage in each of us.”  His purpose was to fight against those who deny the causes, and even the mere existence, of the climate crisis.  Al Gore’s 2006 documentary entitled An Inconvenient Truth, awoke the world to the reality of the climate crisis, but Climate Reality Project, with currently more than 5 million members, still has a lot of work to do in order to move from awareness to action.

The Climate Reality Project has launched several initiatives in order to demonstrate that together, the global community can work toward solutions and demand action of policy makers. Their current initiatives are 24 Hours of Reality, TheCostofCarbon.org, The Guitar of Reality, What I Love,  Climate Reality Leadership Corps, Reality Drop, I am Pro-Snow.  All initiatives share a strategy of direct appeal, asking websites’ visitors to acknowledge their own impact and cost contributions to climate change, while alerting them to how inefficient current policies allow for devastating results.  Their collaborative position empowers interested, like-minded individuals and groups to take action and actively fight for the planet’s health.

The Climate Reality Project has also made huge efforts toward the dissemination of its mission and initiatives. Not only has Al Gore become a key speaker of climate change globally, but the organization has also released a very effective social media strategy. With 5 million members, more that 3,000 videos on Youtube and 110,000 fans on Facebook,the wide range response is proof that people need to know and want to act. As The Climate Reality Project states on their website, climate change “is the challenge of our time. It’s up to us to solve it!”