The most recent TED gathering, TEDGlobal in Oxford, highlighted the theme of the future of education–and Chris Anderson’s own talk hinted at how TED sees itself as a potential part of that future.

Sugata Mitra, of the Hole in the Wall education project, spoke at TED Global. I’ve been fascinated by his work since Paul Kim,of the Pocket School project, highlighted him as an inspiration when I was interviewing Kim for my A is for App story.

Back in 1999, Mitra began embedding computers with Internet connections in the walls of playgrounds in slums in India, and then stepping back. He’s seen young people using the computers to record and playback music, to improve their English through voice recognition software, to learn about biotech, and even to raise test scores.

The method to his madness is encouraging young people to explore, to follow their curiosity, and to collaborate. Rather than empowering teachers with the ultimate authority to tell students the right answers and the right questions to ask, Mitra is interested in self-organized learning environments enabled by technology where motivated learners are egged on by “grannies” who offer simply support and encouragement. 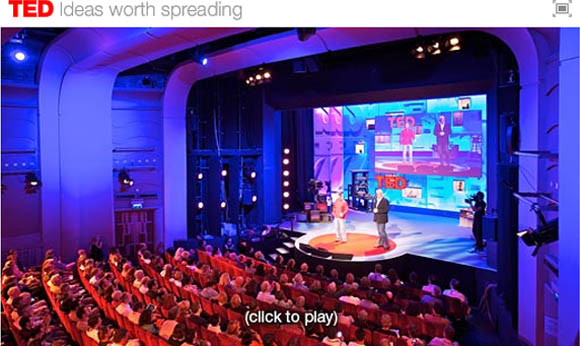 The idea of self-organizing learning using social media doesn’t just offer a lifeline for kids living in poverty in places with no proper schools. It can work for surfers, dancers, scientists, Ruby on Rails programmers–really anyone who wants to catch a new inspiration or learn how to do things a little bit better. In his TEDGlobal talk, according to reports, Chris Anderson, founder of TED, touched on some ideas that to me seem to parallel those found in John Hagel and John Seely Brown’s recent book The Power of Pull.

Namely, that there is a new alchemy of informal learning going on where people working on ideas can publish quickly, fail fast, shine light on successes, get feedback and encouragement from a community, learn from the best, and try again. And the process is speeding up with the help of Web video and its high-bandwidth transmission of information.

This is happening among crews of dancers, Musicians, Skateboarders, and, lest you think this is only an athletic endeavor, scientists. Doubtless TED itself, with its library of 700 videos, sees itself as part of this movement of “crowd accelerated innovation.”