On August 14, 2003, the Northeastern and Midwestern United States were hit by the biggest blackout in the nation’s history. In total, approximately 55 million people lost power—all because of an overloaded power line in Ohio (it was a hot day) that made contact with some overgrown trees and shut down, creating a domino effect that ultimately shut down 100 power plants across neighboring regions. California faced similarly widespread blackouts in 2000 and 2001, triggered in part by an energy supply shortage.

Flash-forward to July 6, 2010. New York City turned into a veritable pressure cooker as temperatures rose to a record 103 degrees Fahrenheit. But, for the most part, the lights stayed on in spite of the heavy strain on the electrical grid created by millions of air conditioners on full blast. The reason? Utilities across the country are rapidly replacing the old, “dumb” power grid, with smart grids that use two-way digital technology to keep track of power use, help customers monitor electricity costs, and integrate renewable sources into the energy mix. While many utilities are still in the early stages of rolling out smart meters (electrical meters with real-time sensors), the smart grid is already beginning to affect the way utilities handle events like last week’s heat wave.

It wasn’t easy for New York City’s utility Con Edison to prevent brownouts and blackouts as the heat wave mounted. The utility went so far as to call individual customers, pleading with them to turn off nonessential appliances.

But Con Ed had a backup weapon in its fight against blackouts: an initiative that lets the utility reprogram thermostats in 20,000 homes and businesses outfitted with central air-conditioning systems. When the heat wave began, Con Ed sent radio signals to the thermostats, triggering them to cycle on and off every half hour. The initiative saved 25 megawatts of energy during peak demand last week—enough to at least partially prevent the grid from collapsing. 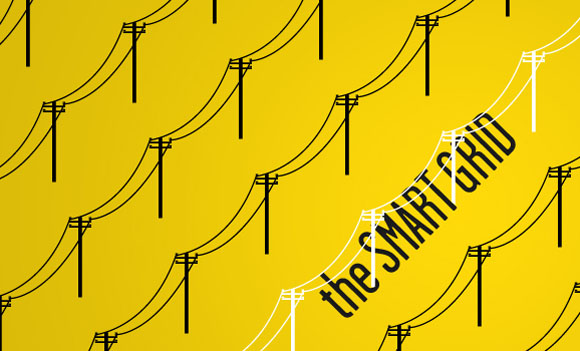 This type of program isn’t unique to Con Edison. Depending on where you live, there are several similar programs of which you could take advantage. PG&E’s voluntary (and free) Smart AC program, for example, allows the utility to send signals to customers’ air-conditioners to use less power than normal on hot days. So far, 120,000 customers have signed up, giving PG&E the flexibility to cut 63 megawatts of power use from the grid when necessary.

As utilities roll out smart meters, demand-response programs will become even more common. Just last week, energy management startup EcoFactor partnered with Texas utility Oncor in a bid to shave three megawatts of power off the utility’s load during times of peak electricity usage. EcoFactor manufactures software that turns thermostats into two-way programmable devices that can be controlled by an internet connection. The startup’s software also keeps track of customer temperature preferences, adjusting thermostats based on past use, seasonal changes, and real-time weather conditions. EcoFactor’s commercial deployment is limited to Texas for now, but rest assured that similar programs will pop up in other regions as utilities search for new ways to micro-manage the grid.

All of the smart energy solutions mentioned thus far don’t require smart meters. But the lucky few who already have the new meters installed have access to an array of energy-saving solutions. Smart meter-equipped customers of select utilities in the United States and Europe have automatic access to Google’s PowerMeter software, which helps users track energy use over time and predict annual energy bills. And select Duke Energy customers in North Carolina and Ohio will have access later this summer to Cisco’s sleek Home Energy Controller, a virtual command center for home energy management that allows users to automate energy consumption based on the time of day, participate in utility pricing incentive programs, and monitor energy use of all networked devices in the home. As these test cases see results, smart meters should be more widely available. Keep your ears open.