When Facebook came out to the general public for use, I was immediately skeptical. I’ve since joined and subsequently quit the social networking site on three separate occasions, vowing to never go back. I vowed to spend my time online more productively, to read more with all the spare time I would have saved not ‘liking’ things mindlessly. Yet, the social giant always wins out, and I end up re-activating my profile. Currently, I’m on facebook in full force, though I’ve yet to move to any of the other emerging social network sites. Despite my waffling, I fully understand the value of social media. They are integral to communicating with a customer base and will likely grow in importance each year when it comes to creating competitive advantage.

One network in particular is called blippy.com, a site that tracks and displays consumer spending habits to the sites’ members. At first this sounds super invasive. However, this is done completely through each user’s permission; and looking closer at blippy, I can see a lot of value in what it does. With pin-point accuracy it provides consumer behavior for vendors who are in partnership with the site. For consumers themselves, they gain insight into what other like-minded buyers are purchasing, creating an online word-of-mouth shopping experience.

There seems to be no end to the kind of social networks that can be built online. Yet, social media has not yet reached its full potential as a core part of business strategies. In a report last winter, twitter ranked as the #1 used social media being used by Fortune 100 companies. But the online service was not designed to create competitive advantage. Rather, its business potential was stumbled upon along the way. So far, it has proven itself as a function of outgoing marketing strategies. Facebook is 2nd behind twitter, with youtube and company blogs rounding out the top 4 in the last year. 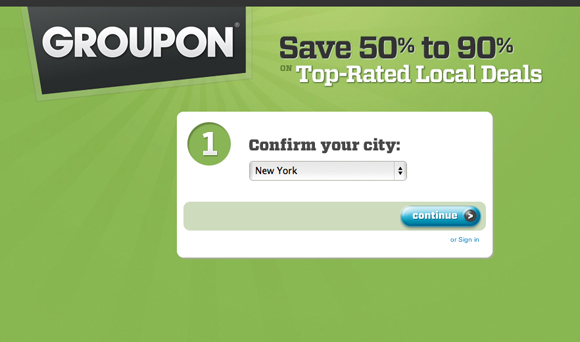 Despite their lack of widespread use, there are many networks like blippy.com that have explicit value for brands.  Foursquare is the hottest at the moment, a site that tracks where people are at the moment. It’s a powerful tool, one where businesses can monitor not just spending behavior but where people go, and eventually identify what prompts them to stop and enter, or not enter, a retail location. The site proudly boasts 1 million ‘check ins’ a week and has over 800 businesses participating in special deals for users of foursquare. Another growing networking site is Groupon.com, a site that offers deals on collective purchasing for users.

These three sites point to several things: 1) that networking sites which increase brand-consumer relationships are gaining momentum 2) Consumers actually want to interact more with brands, not less, and 3) That this is just the beginning of a breaking down of the barrier between corporations and consumers. I’d be surprised if its long before customers are dictating a large amount of brand offerings through direct and indirect social networking actions.

What is required is for businesses to take advantage of these networks early on. To become the first to use the latest technology says a lot about a company, almost nearly as much is says about companies who just won’t get on board.