NEW YORK CITY has a long history of being an incubator for innovation and new thought. Timescapes: A Multimedia Portrait of New York narrates the city’s story through imagery and visual graphics. The video presentation inspired the compilation of these excerpts that set the stage for how New York City has become a hotbed for creative solutions. The remainder of this publication will delve into current initiatives, which embody the same level of innovation. 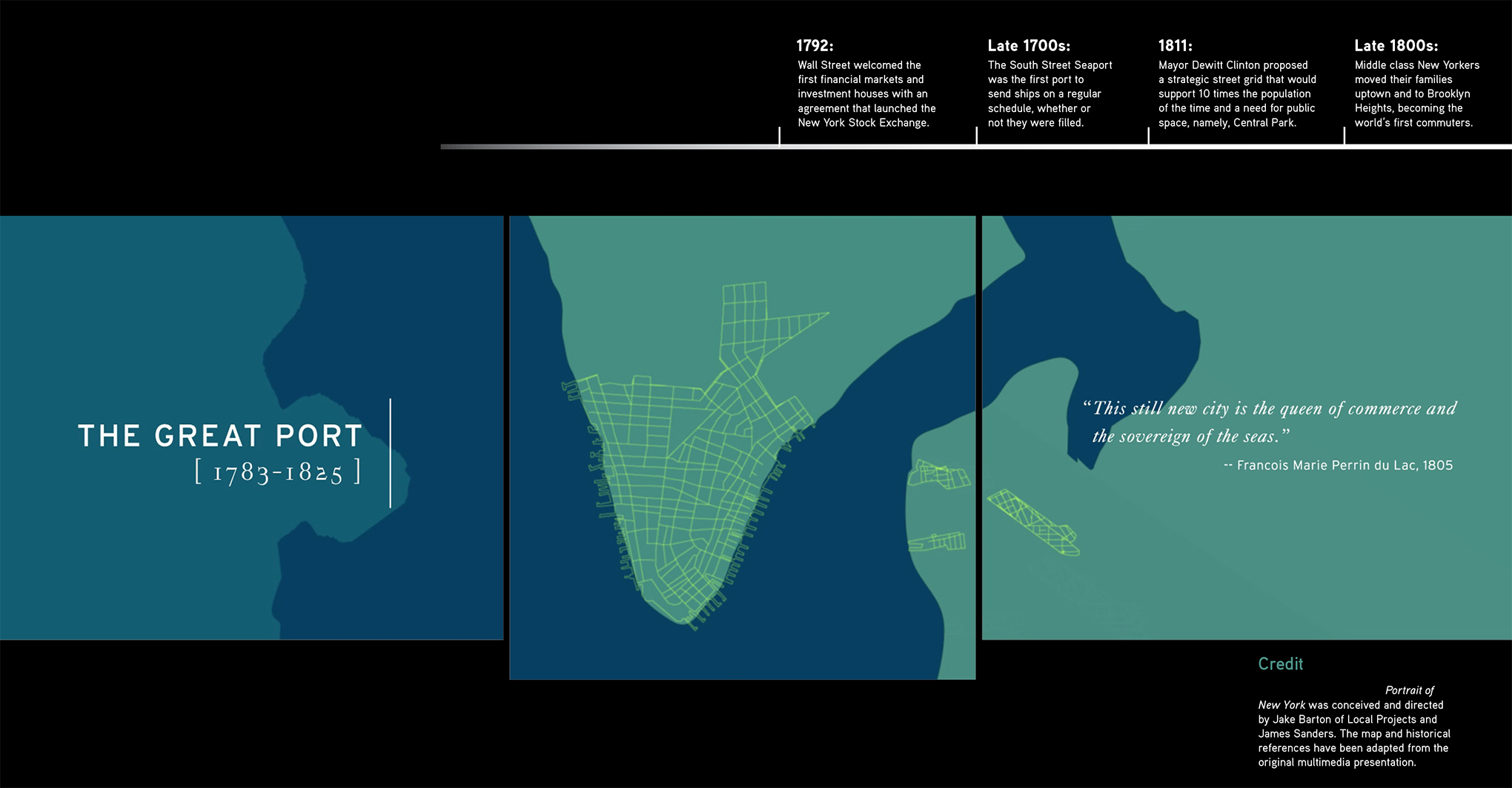 Above is a timeline highlighting New York City’s history of innovation.
The multimedia presentation can be viewed in its entirety at the Museum of the City of New York.

1792: Wall Street welcomed the first financial markets and investment houses with an agreement that launched the New York Stock Exchange.
Late 1700s: The South Street Seaport was the first port to send ships on a regular schedule, whether or not they were filled.
1811: Mayor Dewitt Clinton proposed a strategic street grid that would support 10 times the population of the time and a need for public space, namely, Central Park.
Late 1800s: Middle class New Yorkers moved their families uptown and to Brooklyn Heights, becoming the world’s first commuters.

Credit
Timescapes: A Multimedia Portrait of New York was conceived and directed by Jake Barton of Local Projects and James Sanders. The map and historical references have been adapted from the original multimedia presentation.