Can we change traditions and sentimental values that no longer make sense, or adapt them for today’s world?

Recycling soda cans and putting organic waste in separate bins make us feel good.  Switching off the lights and using non-toxic cleaning products have become habits.  We are changing our lifestyles because it feels like we are helping to reverse the damage that we have caused.  But what about other things that may affect greater change that we have never considered, such as traditions, if they are causing harm for the sake of sentimentality?

Traditions that have been handed down from generation to generation often become an innate part of a person’s beliefs and customs.  To change this requires effort, open-mindedness, and the ability to see the bigger picture and how certain traditions may no longer make sense, especially when presented with a better alternative.

In 2001, Promessa Organic AB of Göteborg, Sweden, presented a new method of burial.  The process includes freezing a body with nitrogen, which comprises 78 percent of the earth’s atmosphere, and vibrating it with sound waves, resulting in a white powder one-third of the original weight that is then buried in a cornstarch case and completely absorbed between 6 – 18 months.  Traditional casket burials use toxic embalming fluids and metals, require great plots of land, and take 25 years to degrade.  Cremation, which costs the same as promession, requires fuel oil and its resulting emissions include mercury.

The Swedish facilities have caught the attention of land-starved South Korea, the UK, Netherlands, South Africa, China, and Canada, and others.  Even NASA has commissioned a system for use in space.  As a burial method that is more appealing than rotting or burning, promession has no negative impact on the environment.

When it was presented as a strategic technology last year, a critic declared promession a failure, claiming that it did not take into consideration cultural taboos.  By Swedish tradition, it is forbidden to mutilate a body prior to burial.  Due to this steadfastness, a better way that is more user-friendly and earth-friendly would not be considered.  Contrary to their original claim, other traditions, cultures, and religions have recognized the benefits offered. 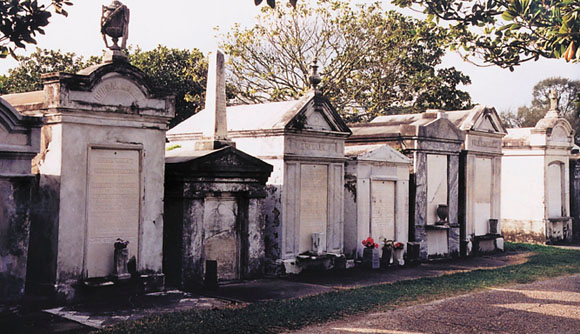 The Church of England has embarked on a green reformation, declaring that “greenness is next to godliness.”  With cremation accounting for 70% of funerals in the UK and changes to EU environmental laws, promession is being considered a good alternative.  In India, the Parsi tradition is to expose the dead to provide birds with food as the final act of charity.  Due to a decline in birds of prey, largely due to the use of pesticides and insecticides, Promessa Organic was approached for their method that allows bodies to feed the earth.  The critic’s traditions, too, have been adapted and now allow for autopsies and organ donation; the reasoning behind the latter is that the organs will eventually be returned to the earth.  This open-mindedness can be called a progression of contemporary society.  However, can we be open-minded enough to abandon our homes?

In issue 25 of Monocle magazine, author Andrew Mueller asks the question, “Do cities have a sell-by date?”  He reasons that although every city began with some form of logic, times change, societies change, economies change, and, to add to his list, environments change.  Why do we continue spending money and resources on cities that have “outlived their usefulness”?  Mueller cites many examples, past and present, where common sense has prevailed over sentimentality, including:

Sentiment has prevailed in other cases.  Mueller quotes Timothy Kusky, a professor of natural sciences at St Louis University: “New Orleans has been leveled or deeply inundated by hurricane-related flood waters about once every 30 years since its founding in 1715…  Eventually, New Orleans will become uninhabitable. It will be a slow process, with people and businesses leaving slowly over 100 to 200 years…  We should not be rebuilding New Orleans.  Let the areas that were destroyed by Katrina – and will be next time – return to nature and rebuild the city on high ground to the north of Lake Pontchartrain, along the river.  It could be a gradual withdrawal.”

Humans have been so successful as a species because we are adaptable to change. Family structures, eating habits, habitats, fashion, technology, politics, and even notions of intimacy, love, and trust have all evolved over time according to the changing world.  In clinging to history for the sake of sentiment, and man-made traditions that are damaging the planet, are we not taking a step backwards?