According to the United Nations Human Settlement Program, a slum is defined by having one or more of the following attributes: inadequate access to safe water, inadequate access to sanitation and other infrastructure, poor structural quality of housing, overcrowding and insecure residential status. Mumbai, the capital city of the state of Maharashtra and India’s most important financial capital, has a population of 18.3 million people, making it the fourth largest urban agglomeration in the world after Tokyo, Mexico City, and the New York-Newark area. The city hosts one of the world’s largest slum populations as more than 5 million of the city’s residents are slum dwellers. More people live in Mumbai’s slums than in the entire country of Norway. The Dharavi slum, Mumbai’s largest, now houses over 1 million people living and working in an area no greater than .75 square miles.

Located in a commercially attractive area, Dharavi is 20 minutes from the airport, close to highways and railways and is in close vicinity to the new Bandra-Kurla Complex, one of Mumbai’s most expensive commercial centers. In 2008, Dharavi contained one hundred distinct neighborhoods with residents from many regions of India, making it a religious and cultural melting pot. Additionally, the Dharavi Slum has a robust network of live/work space that supports thriving small-scale industries and manufacturing centers or micro-economies. Industries include garment production, leather goods, pottery and plastics. The area has been referred to as the green lungs of a modern metropolis, as it recycles 80% of Mumbai’s plastic waste and diverts it back to the manufacturing sector. 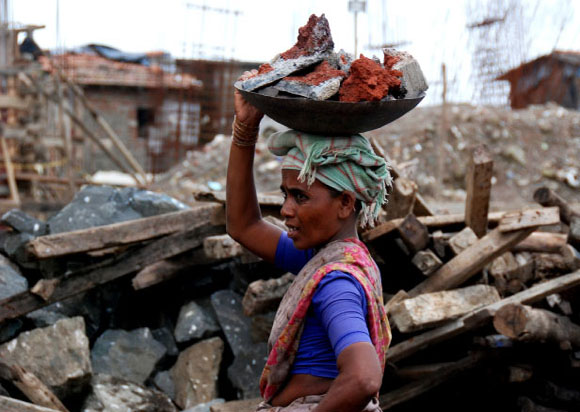 At present, the government of Maharashtra is looking to raze dozens of slums, including Dharavi, for redevelopment and to provide new infrastructure as part of a multibillion-dollar plan to turn the city of Mumbai into a world-class financial center by 2015. However the Economist recently reported that development is at a standstill in what appears to be a government gridlock due to an uncertainty about what is the best political approach to redevelop Dharavi. This redevelopment proposal has been on the boards since 2004 and is continuing to foster a rift of distrust between residents of the slum and the government.

A few DM classmates and myself sought to address the redevelopment of the Dharavi slum in our International Environment of Business course. Using our creative problem solving skills and strategic design, we were able to identify an opportunity space that utilized a people first approach. We proposed the use of a formula that would enable the government to find value in the existing social and economic framework of the slum and not in the land only. The current failed status of the Dharavi development initiative confirms that we, as a group of designers approached the problem from an angle that explores the triple bottom line of people, profit and planet – an angle the government is not considering or exploring.  We are currently working to publish our concept, in hopes that it will reach the radar of the Indian government. The old business model of profit first no longer works, and Dharavi is a breathing example of that.