For most of the twentieth century, manufacturers dictated how the average American consumer lived. The consumption-driven lifestyle model was introduced in the early 1900s and widely popularized in a post-World War II America that sought stability and uniformity in all aspects of life. Products were created for the masses homogeneously and with little regard for personal tastes, needs, or niche markets. This approach to manufacturing, business, and capitalism worked—and very well too, creating lots of eager and profitable consumers.

Over the past few years a new paradigm has emerged as we leave the age of mass manufacturing behind and enter one of mass customization and what is now today known as “the long tail.” Wired magazine’s editor-in-chief, Chris Anderson, has written on the topic in regard to the entertainment and music industry, “this is an example of an entirely new economic model for the media and entertainment industries, one that is just beginning to show its power. Unlimited selection is revealing truths about what consumers want and how they want to get it in service after service, from DVDs at Netflix to music videos on Yahoo! Launch to songs in the iTunes Music Store and Rhapsody.”

Though Long Tail economics and the observations of journalists like Chris Anderson is new, the concept of mass customization is not. The IBM Advanced Business Institute’s Joseph Pine wrote about this “new frontier in business competition for both manufacturing and service industries” sixteen years ago in Mass Customization: The New Frontier in Business Competitions. In this book, Pine argues that the standard view of American industry based on volume of production is no longer relevant in the modern era and that our nation needs to adapt our practices and innovate rather than trying to continue to compete with recently industrialized nations that trump our production capabilities. Even though Pine wrote his book before the rise of the internet and the true revolution of the information age, his views are contemporary and relevant, offering us a potential solution to the predicaments of our underperforming or failing manufacturing and information industries.

As Pine points out, America’s success has always emerged from our ability to innovate and promote creative thinking, not in the sheer mass of our production or ability to adopt another culture’s practices like China and Japan. We are a nation of abstract thinkers; our educational institutions are the best in the world. Wouldn’t a movement away from twentieth-century industries create a new American system that would again set the standard for the developed world and promote the U.S. as a problem-solver and leader in the world community? 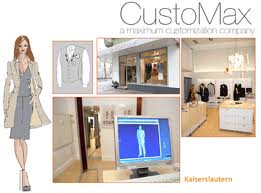 But what was this movement toward? Micro-marketing, leaner production techniques, and shorter product/service life cycles offer a system that will organically evolve not based on the principles of industry executives but rather the will and direction of the public. Pine breaks down four types of early mass customization. Collaborative customization involves a firm and an individual customer collaboratively determining the precise product offering that best serves the customer’s needs, such as a clothing company selling jeans to fit an individual customer. Adaptive customization engages customization on the user-end, producing a standardized product that the customer customizes, such as an adjustable office chair. Transparent customization provides customers with unique products tailor-made to a customer’s needs on a production level. Finally the last type of customization Pine outlines in the concept of cosmetic customization, the production of standard products marketed to customers in different ways, is the final example. 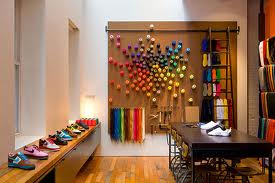 Customization culture was a necessary shift away from the antiquated manufacturing techniques of the twentieth century. It offers the consumer a product or service that better suits their particular needs creating a more successful interaction between the consumer and business. I am afraid, however, that even Joseph Pine, just sixteen years ago, had no idea of where we would take this scripted “individualization” or where we will take it even farther in the future. We think we consumers have power, but more than ever we exist in realities constructed by the networks and institutions we live in. This scenario can only dilute human discovery and narrow our point of view by offering us pre-sorted goods and services catering to our “tastes.”

We need to ask ourselves whether this is an appropriate trade off not only in our own lives, but as designers. Is it our responsibility to promote interaction between all members of society and not to compartmentalize people based on an individual’s limited perspective or context? If we do become a society of isolated groups of consumers, politicos, and learners with provincial perspectives of the world, what is the good of all of this interconnectedness? All we are doing is redefining national and cultural boundaries in a virtual context. Since it is clear that society seems to be headstrong on this track, designers and the media must continue to be more responsible and accountable for maintaining an appropriate balance between filtering and customization to articulate messages with openness and concern for humanity.