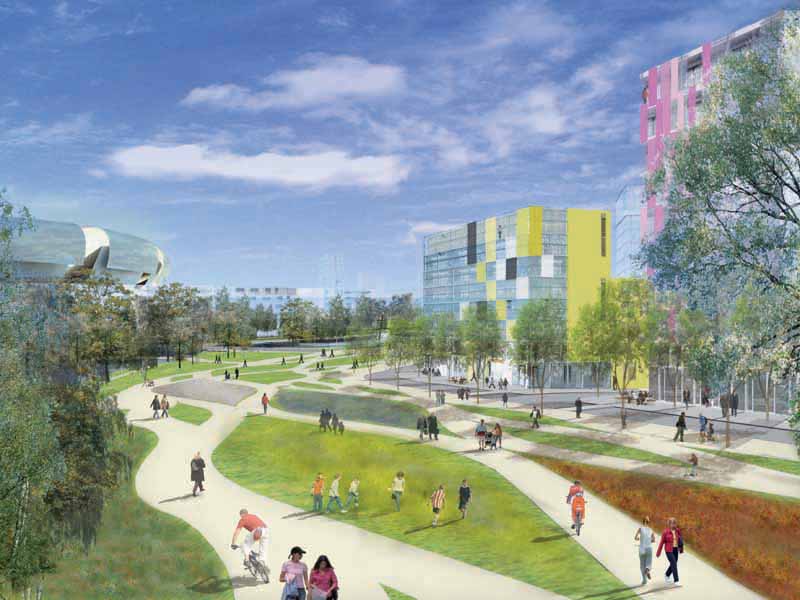 Beginning on July 27th, the world will be watching London, as the great European city hosts the 2012 Summer Olympic Games. With the privilege of hosting this mega-event, The London Organising Committee of the Olympic Games’ (LOCOG) is taking advantage of a golden opportunity to advance sustainable urban development and community engagement. Their strategic vision is to produce the first “green” and “legacy” driven Olympics in history, wherein the Olympic Games create a lasting, positive impact on London’s economy, environment, and its people.

While the actual Games will take place over a period of two weeks, preparations for the events have been underway for years. The LOCOG chose to focus development for the Summer 2012 Olympics in the area of East London, and many of their initiatives were developed with the East London community in mind.  As a culturally diverse and less economically-developed area, East London was a prime candidate for urban revitalization, economic development, and job growth. For example, the LOCOG employed local residents in construction, offering job training to increase the skill sets and employability in the increasingly competitive job market.

The main feature of the LOCOG’s planning was the development of Olympic Park, in which 250-acres of wasteland in East London was converted into green space as the setting for the Games, as well as for future long-term recreational use. The Olympic Stadium is accessible only through the Park via foot and bicycle traffic, in order to cut down pollution and increase physical activity. After the Games, the athletes’ housing of the Olympic Village will be converted into affordable residential apartments. In order to further engage the community in hosting the Olympics, the LOCOG established a volunteer program, in which local residents will serve as ambassadors and visitors’ guides during the Games.

Social measures of success in the years following the 2012 London Games will include:  increased national levels of patriotism and athletic participation, successful implementation of job training and availability/usage of low-income housing in East London, and greater community engagement in London overall. In the next few weeks, we look forward to the excitement of the Games with the world’s spotlight on London, in hopes that it has created more social, environmental, and economic (triple bottom line) opportunities for generations of Londoners to come.