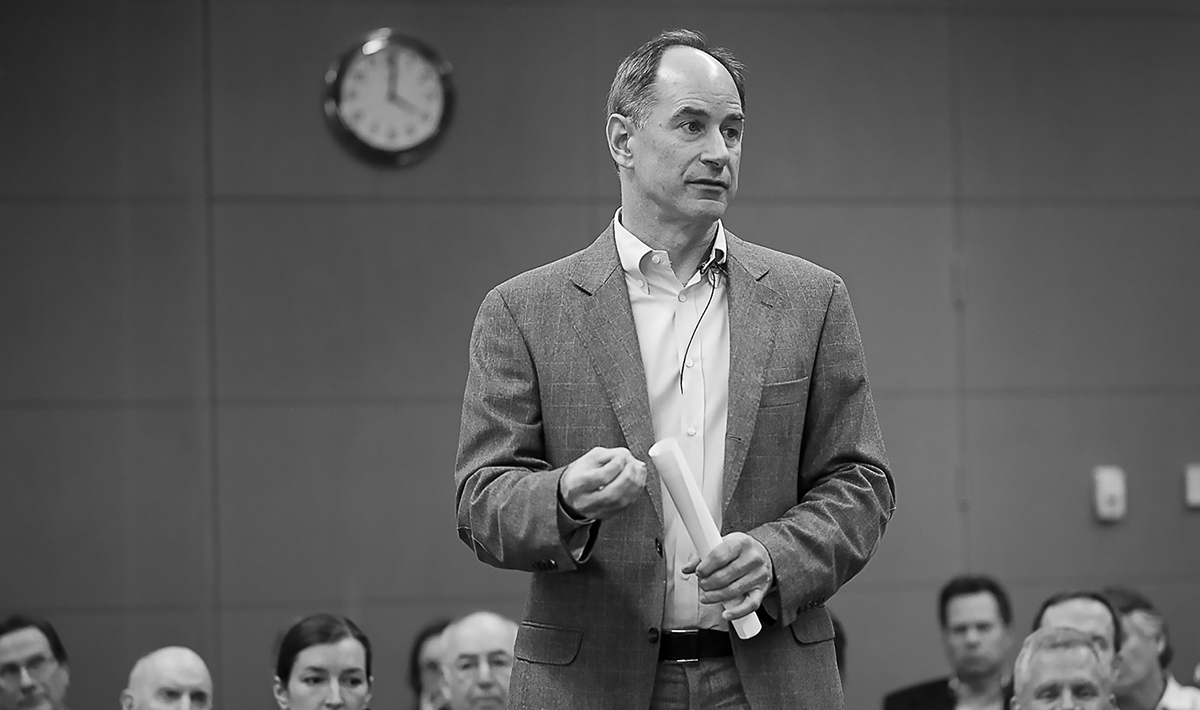 The underpinnings of American Capitalism are under threat. The United States was founded on a belief that the average American family could climb the economic ladder if they worked hard enough. This confidence in economic mobility is what has made the system of democratic capitalism attractive and prosperous for millions of Americans. Despite difficult downturns, such as the Long Depression of the 1870-80s and the Great Depression of the 1930s prosperity for individuals, and median incomes at large, steadily increased throughout the 20th Century.

Not only has the current stagnation of the median family income lasted longer than any in history; this stagnation is fundamentally different in a worrisome way.

More recently, however, the average American family is experiencing an unprecedentedly long stagnation of income. Median income in 2013 ($51,939) was slightly below that of 1989 ($52,432), indicating that the current stagnation has lasted 24 years and counting – worse than anything experienced in the first 239 years of American history. In the two depression eras mentioned earlier, it took median income levels under two decades to recover and exceed pre-depression levels. Even with the most optimistic estimate of aggressive growth, median incomes today will not return to the 1999 record level ($56,895) until sometime in the late 2020’s.1

In the Great Depression, the gap between both the rich (defined as the top 10% of the income distribution) and super-rich (the top 1%) in relation to the median income declined quite dramatically. While poorer families suffered more during the Great Depression, struggling with hunger and homelessness because they could not afford the drop in income, the rich and super-rich actually experienced a greater percentage drop in incomes overall. As a result, income inequality fell during one of America’s greatest economic crises, and to a certain extent all families experienced the Great Depression in roughly analogous ways. It was a bad time economically for all.2

This is definitively not the case for the current period. While the median income family has stagnated entirely in economic terms, the rich and super-rich have done spectacularly well, in fact better than ever before in American economic history. As a consequence, the gap between the median income family and the rich and super-rich has widened dramatically and shows no sign of ameliorating any time soon. In stark contrast to the last great economic downturn, the poor and median-income families are experiencing economic mobility completely differently than the rich. The economic system no longer functions as it had for centuries, causing a broad unease across the country.

A key driver of economic prosperity relates directly to the creative contents of jobs. This refers to the amount of creative activity performed at work. The distribution of the creative contents in the workforce is partly responsible for the differing prospects of the rich and the rest in America. Using US Bureau of Labor and Statistics data on the content of all full-time employment in the country, American jobs can be divided into two distinct buckets.

The first bucket contains jobs that can be thought of as routine-intensive jobs in which the worker is not expected or encouraged to demonstrate independent judgment and decision-making. In fact, in many respects they are actively discouraged from doing so, such as assembly line workers. Their work is precisely defined and they are tasked to follow instructions diligently. The same would hold for a hospital orderly or an accounts payable clerk. The second bucket refers to jobs that require a meaningful level of independent judgment and decision-making. In these jobs, if the employee does not exercise independent judgment, he or she will fail. Business executives, doctors and nurses, educators and scientists are examples of those holding creativity-intensive jobs.

This helps explain the stagnation of the median family’s income. The average family’s breadwinner is almost certainly a member of the 67% of the routine-intensive workforce. Those jobs are feeling the wage pressure from international outsourcing, automation and intensification of technology use. The 33% of creativity-intensive workers, on the other hand, are doing famously. They are exercising their creativity to be more valuable to their employer (or themselves if they are self-employed) as they work up the economic ladder.3

This situation is only going to get worse. The modern economy values creativity-intensive work to a greater extent than ever before while grinding down the wages of and eliminating routine-intensive jobs as fast as it can. This will put upward pressure on the compensation for creativity-intensive jobs and downward pressure on the compensation for routine-intensive jobs. As a consequence, it will exacerbate inequality and undermine the belief of median income families and below that the future will be better for them or for their children.

The consequences could be dire, suppressing growth and causing social and economic instability. If the current economic stagnation continues indefinitely for the median income family while the wealthiest 1% continues to prosper, absorbing all the benefits of economic growth, there will be political unrest and threats to the current political and economic order. ‘Occupy Wall Street’ and ‘We are the 99%’ were warning shots fired across the bow of American democratic
capitalism. This particular manifestation of disaffection may have faded from view but there is little likelihood that the underlying sentiments have changed. 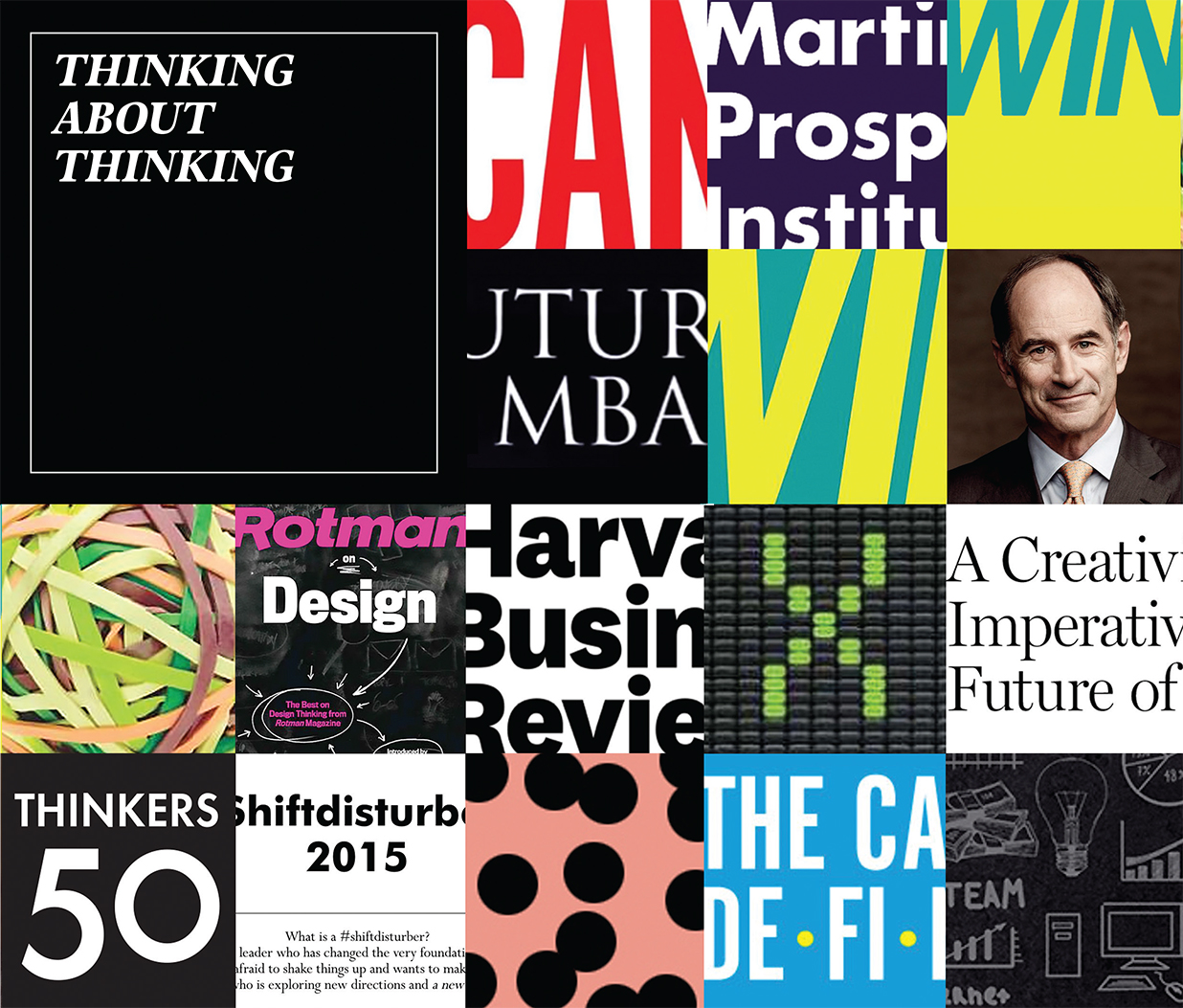 The American imperative is to dramatically grow the creativity-intensive proportion of the economy in order to rebuild economic mobility into the engines of the system. There are two ways to do this.

In the meantime, inequality is likely to continue to rise and political tension to intensify. While it will be difficult to dramatically speed the pace of substitution of creativity-intensive jobs for routine-intensive jobs, governments and the education system can ensure the transition is not accidentally or artificially curtailed. Governments have had the tendency to invest resources in attempting to protect routine-intensive jobs. While it is understandable and relatively popular because of a genuine concern for family breadwinners losing their jobs, it is not clear that even with aggressive government spending those jobs can be protected long term. It is important for governments to ensure that they are dedicating sufficient resources to supporting an environment conducive to creativity-intensive jobs rather than expending the available resources on an effort that may only have short-term positive effects.

Increase the Creativity Content of Routine-Intensive Jobs
The second approach is to increase the creativity content of routine-intensive jobs. Routine-intensity of a given job is not an immutable thing that is fixed by nature. It is determined in large part by the employer’s design of the job. In the 20th century, the concern with scaling drove companies to attempt to drive variation out of their production processes. This meant standardizing and routinizing jobs. This helped large American companies achieve great scale. However, to a very real extent, the design of jobs as rote, repeatable, standardized boxes minimized the real value of human minds. With the coming of digital computers and software, it also made those jobs more easily automated. As we are witnessing, some jobs can be turned into an algorithm and done more cheaply. If the thinking is taken out of a job, it can no longer be valuable or highly paid.

This does not have to be the case. Employers can leverage the creative potential of their employees by asking them to exercise independent judgment and decision-making to continuously figure out ways of improving the quality and quantity of their output. This does two things. Higher productivity enables higher wages, as is the case with creativity-intensive jobs generally. Also, by increasing the content of independent judgment and decision-making it becomes harder to outsource or automate the job. Quality circles in automotive and other manufacturers are manifestations of this approach. Scrum and Agile approaches to the organization of work are also examples, as is the rise of design thinking. Every employee has a customer – internal or external – and it requires creativity-intensive work to understand their needs more deeply and design offerings that delight at an ever-greater extent.
The good news is that this is a win-win. By activating higher productivity, a company increases its value and protects itself from adverse foreign competition. Higher productivity can also be shared with employees in the form of higher compensation. This creates an upward spiral of competitive growth and greater prospects for the median income American family.

Unfortunately, in either case, governments cannot demand that companies adopt this human resource approach. However, they can create public policies that encourage the supply of employees who are able to work productively in a creativity-intensive system. This would require a fundamental change in the intent and curricula of K-12 education. An increasingly important skill in the creativity-intensive economy will be innovation – the thinking skills necessary to create something that does not yet exist. Yet the current education model predominantly focuses on recognizing, categorizing, analyzing, and manipulating what already exists. It must infuse a greater element of teaching a systematic process for creating what might be.

While Science, Technology, Engineering and Mathematics (STEM) education is considered the key to future educational success, it is a far too narrow view of the imperatives for a more creativity-intensive economy. STEM education will not help America prosper long-term because very little of STEM education grows skills in innovation. Systematic innovation education across disciplines – and beyond the 33% in today’s creativity-intensive jobs – is the key to ensuring that the supply of creativity-intensive workers in America will always lead demand for them. If America hopes to shift to the next phase of democratic capitalism, one that offers economic mobility and prosperity for all, the entire workforce must be comfortable and confident in exercising their own creativity.

“We are at a historic inflection point as a society, one that parallels the transition from agrarian feudalism to industrial capitalism. New modes of production are emerging. New models of success. New societal divides. New models of governance. We believe this requires a positive new agenda for the next stage of democratic capitalism.” – Martin Prosperity Institute

CATALYST INSIGHT:
The current education model predominantly focuses on recognizing, categorizing, analyzing, and manipulating what already exists. It must infuse a greater element of teaching a systematic process for creating what might be. We must implement systematic innovation education across disciplines – and beyond the 33% in today’s creativity-intensive jobs – to ensure that the supply of creativity-intensive workers in America will always lead demand for them.

STRATEGIES IN ACTION:
>>Converge
around the American Imperative to grow creativity-intensive portions of the economy
>>Encourage and Train
workers in creative skills, including independent judgment and decision-making
>>Compensate
workers for creativity and innovation 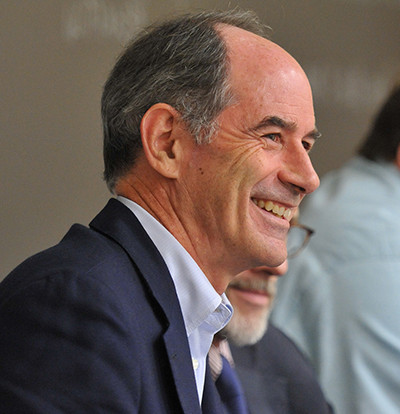 Professor Roger Martin was formerly Dean of the Rotman School of Management and is currently Academic Director of Rotman’s Martin Prosperity Institute. In 2013, he was named Global Business School Dean of the Year. The most recent of his eight books is bestseller Playing to Win written with AG Lafley (HBRP, 2013). In 2013, Roger placed 3rd on the Thinkers 50 list, a biannual ranking of the most influential global business thinkers. Roger is a trusted strategy advisor to the CEOs of companies worldwide including Procter & Gamble, Lego, IDEO and Steelcase. He writes extensively for Harvard Business Review’s The Conversation blog, the Financial Times’ Judgment Call column, and The Washington Post’s On Leadership blog.