Infrastructure of Inclusion:
A case for designing accessibility into NYC mass transit

How do we design a public transportation system that allows passengers to forget about their disabilities when moving from one place to another?

Many city planners around the world today prioritize agendas that make public transportation networks and barrier-free pedestrian environments accessible to all citizens. As an example, the United Kingdom’s Disability Discrimination Act (DDA) of 1995 assured a right for disabled people “to access goods, facilities, services and premises“ (1)

Here in the U.S., a similar law exists for some 54 million people who deal with hardship due to a disability. Comprehensive in scope, the Americans with Disabilities Act (ADA) addresses barriers of access at federal, state and local levels in areas such as employment programs and services, public buildings, telecommunications, businesses and transportation.(2) However, metropolitan areas worldwide still struggle with significant issues around accessibility, especially for disabled user groups. New York City offers one such example. 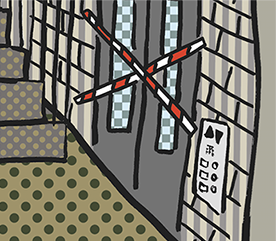 In 2014, its Mass Transit System only 82 out of 468 subway stations with full accessibility for handicapped people. Meanwhile, New York City houses 889,219 residents with disabilities, which accounts for 11 percent of the city’s total population.(3). ) According to data stated in The NY Times, from the NYC Metropolitan Transit Authority, more than 75 percent of the city’s 472 subway stations do not have viable access for people who are disabled or unable to use stairs. Furthermore, among these estimated 112 stations that do provide riders with disabilities access, the rider is often then confronted with navigating between tracks, compounded by frequent elevator outages for unpredictable periods of times. This data illustrates that handicapped people are not able to participate as regular passengers in New York City’s public transportation system.(4)

Many city planners often solve problems of accessibility by retrofitting existing transportation vehicles and subway stations with ramps and elevators. The City of New York, for instance agreed to settle a lawsuit with a coalition of disabilities rights organizations, making half of the city’s taxis, or 7,500 vehicles wheelchair accessible.(5) These lawsuits unfortunately address only structural changes. However, by looking at the path of handicapped users, it is evident that the challenge to make public transport inclusive goes well beyond structural changes. Decision-makers must use a more inclusive design strategy, one where products, services and environments include the needs of the widest number of consumers, to rethink the way anyone with limitations is able to navigate in New York’s urban landscape.(6) 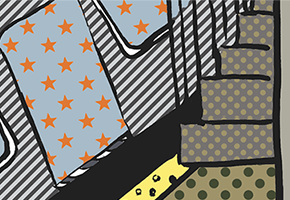 It is worth nothing that designing for accessibility and designing for inclusion require slightly different approaches. For example, the New York Daily News reported a case in 2020 where the MTA installed MetroCard readers at one of its subway stations, which were designed to open a wide gate for people in wheelchairs at a low level. Yet the station lacked an elevator. Therefore handicapped people had no way to access the station or the platform.(7) This case illustrates the necessity for a more holistic assessment of the entire journey of a disabled person starting from drop-off areas at street level to subway station entry, ticket purchases, platform mobility, train ridership and station exit. This approach will help design a public infrastructure that enables handicapped users to share the same facilities and ways as non-handicapped users, contrasting to current development practices of building an alternative or parallel service system. 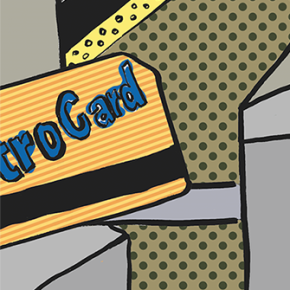 The ultimate objective of inclusive design is to create accessible environments in public transport that would benefit anyone needing assistance when using the transit system, including people traveling with small children, carrying heavy items and the elderly. Public transportation systems that are designed for inclusion erase patterns of physical constraints which alienate any community or person. Well designed systems create possibilities for all members of a society to fully participate in the community. An efficient, accessible public infrastructure has the power to become a core part of the city’s brand and culture, attracting not only locals but also tourists, businesses and future investments. 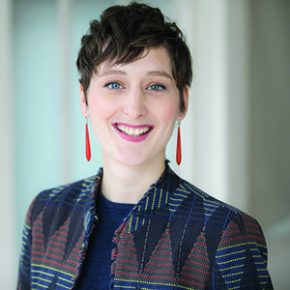 Johanna is a design strategist and manager working at the intersection between business development and creative direction. She holds Bachelors and Masters degrees in Graphic Design from the University of Applied Arts in Vienna. As an exchange student, she has gained experience in design-driven entrepreneurship while studying at the Shanghai Center for Design & Innovation. Before pursuing an MPS in Design Management, Johanna worked as a brand designer.
www.johannariess.com