How Would You Redesign Today’s Cities to be More Benign?

Portugal Plans the First “City With A Brain”

To re-imagine today’s cities as people is a frightening thought. As New Scientist’s Helen Knight puts it, “they would be monsters, guilty of guzzling 75 per cent of the world’s natural resources consumed each year.”

primarily the nervous system. Information about the city’s resources such as energy use, water consumption, occupancy will be tracked by sensors throughout the city, and stored in an urban operating system that will regulate how these resources are used, much like a brain regulating the various processes of a living organism. 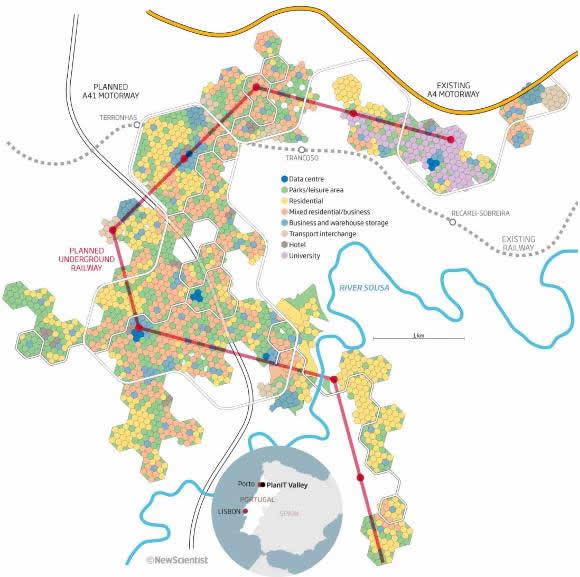 Other sustainable cities, such as Masdar City in Abu Dhabi, are currently welcoming their first inhabitants; Portugal’s PlanIT Valley is scheduled for completion in 2015. Living PlanIT, the company behind this ambitious model, is calling the city a living laboratory for innovation, as it would be a community where real-time demonstrations of city-scale sustainable technology could be developed and deployed. 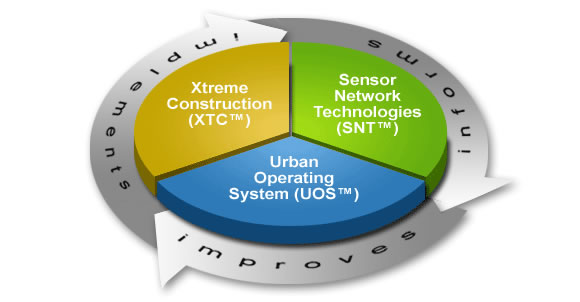 Some of the support from Portugal’s government includes the following key benefits:

What parameters could be in place for a model such as this to be integrated into the world’s existing cities?
How would you re-imagine today’s cities to be more benign by design?