Lessons from the Disaster in the Gulf

Since April 20th, the date of the original explosion that caused the oil slick in the Gulf of Mexico, there have been a number of varied reactions. The design community has responded strongly, from grassroots efforts to rebrand British Petroleum (BP) as a greedy and corrupt company, to the communication of solutions to save what is left of the region’s economic future. Some are constructive, and in the case   protests in New York City, some are dangerous. What they all have in common is this: when the practices of companies are exposed as socially or environmentally harmful consumers and communities will respond accordingly.

In New York City, there has been a large reaction to the oil spill through the grassroots movement to plaster BP gas stations with vandalism and do-it-yourself re-branding efforts. Several stations had their logos vandalized with dirt, calling out the company for it’s environmentally dirty practices. Likewise, there has been a large online movement to re-brand the company in a way that more accurately reflects its practices. A collection of the 25 funniest and most creative efforts can be found on twistedsifter.com. 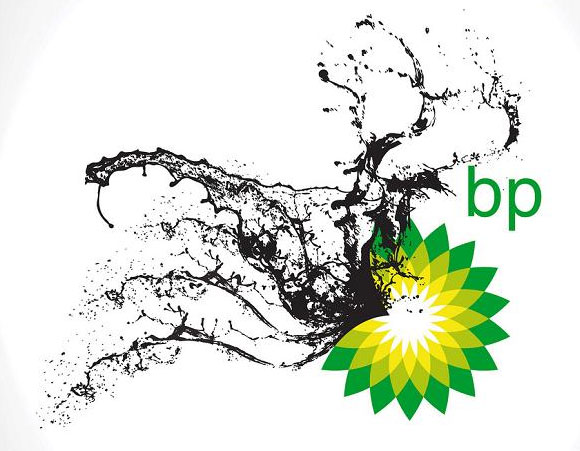 BP, which now claims to be ‘beyond’ petroleum’, re-branded itself in 2001 as an eco-friendly energy company. But the events in the gulf have exposed it as anything but. And the public has taken notice. When your company slogan is ‘beyond petroleum’ your practices need to reflect that. What we can learn from this is that the #1 way to change the practices of our society’s consumer behaviors is through public education. The more transparency that exists around the practices of companies that are environmentally irresponsible, the stronger the public will respond.

But it is not so simple to say that British Petroleum is an evil company that is performing dastardly deeds. BP, like any company, has shareholders, employees and a myriad of other actors to whom it serves and provides financial security. Like any company, their aim is to be competitive, which is no crime at all.  What they are guilty of is false advertising. They are a company that has learned to use design to position itself publically, while doing nothing to change its actual practices. 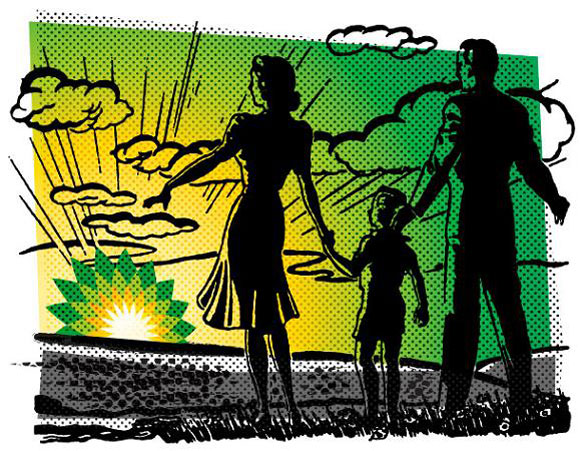 So now the public is taking it upon itself to more accurately brand the company. The result is obviously a negative one. What would happen if the public decided to brand other companies based on their experiences of them? What other companies would be exposed as promising false ideals? How would this impact the global economic landscape? What if we could clearly see the production chain and impact of the clothes we wear which are made in developing countries?

The incident in the Gulf Coast was clearly such a disaster that it warranted a strong response. Though full economic value chain and brand transparency for other companies might not yield the same grassroots upheaval as in this instance, it would at least be a start. Until then, consumers will continue to deal with businesses and brands without any knowledge of their actual practices and how they impact our world.