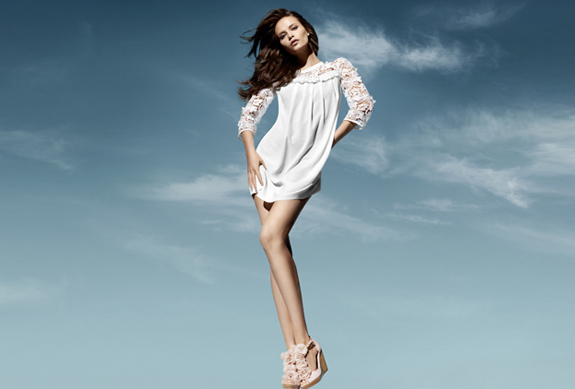 Hennes & Mauritz AB, or more commonly known as H&M, is making huge strides to position themselves at the forefront of sustainability. Released back in April of 2010 their Conscious Actions Sustainability Report is a detailed tab of these efforts accounting for progress in areas such as material, water and energy use. H&M CEO Karl-Johan Persson stated “I want our customers always to feel that we do our best to ensure that the fashion we offer has been made, transported and sold responsibly.” With the data revealed in the almost 170 pages of their report, he may have created the transparency needed to achieve this goal.

Helena Helmersson, the head if CSR at H&M stated in a recent interview, “Being at the forefront of sustainability will mean aiming both to be carbon neutral and to produce zero waste,” and from what we can tell they are well on their way. Starting with materials, cotton which is known for its large carbon footprint, is definitely at the top of their list of concerns. In their report the company stated a 77% increase in their use of organic cotton, and was ranked as the number one user of organic cottonworld wide. Beyond this achievement H&M takes their efforts a step further with the Better Cotton Initiative, a program that educated 68,000 farmers on sustainable farming practices last year.As for the company’s achievements in reducing their energy and water usage, H&M is not wasting time. In 2010 they decreased the amount of water normally used for their denim production by 50 million liters. They were also able to cut back their energy use per square meter in all H&M stores by 8 percent from 2007-2010, and they continue toward their target of 20% by the year 2020. The company is also taking full advantage of their resources with a new line entitled Waste Collection. This future-forward collection is made from 1,600 tons of textile scraps and remnants left over from a previous collection – that would have otherwise become just another unfashionable landfill.
.
H&M’s Design Chief, Ann-Sofie Johansson, takes a position about the fashion giant’s design decisions in an interview with Thread NY – “I don’t think of it as a trend. I think it is something that we have to do….” This bold stance, with proof in practice to back it up, is raising the standard for producing products that not only are aesthetically pleasing, but are also created with consideration to the environmental and social impact they may have throughout their total life span. H&M is making a fashion statement that goes beyond the typical fashion trend, and is already impacting in the fashion world, as other companies begin to spark the demand for fashion that considers the triple bottom line.