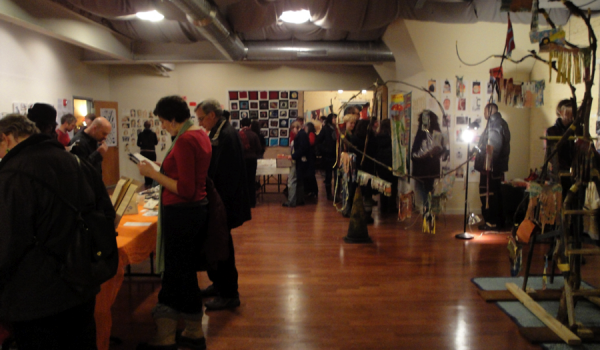 This winter has seemed never-ending for many of us, and with another bout of cold weather coming to the northeastern US, we could use a creative intervention. In Philadelphia, a group of creative minds called the Artclash Collective devised a way to help people fight the winter doldrums with creativity. The group’s annual Fun-A-Day project challenges both “artists and amateurs” to do something fun each day in January and share the results of their project at a large group art show in February. 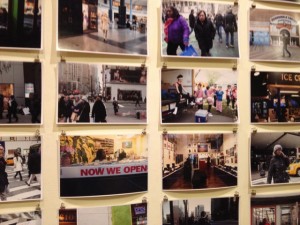 This year’s show, held on February 7 at Studio 34 Yoga in West Philadelphia, hosted 67 projects that included everything from 31 portraits of characters from classic sitcoms to works by an elderly woman with Alzheimer’s whose entire family helped her recall memories through drawings.

The Fun-A-Day project began in 2005 as a challenge among friends to be productive and creative during the dreary winter months and has grown into a much-anticipated annual community event. For some it’s a chance to make something fun with loved ones, like the elaborate storybook exhibited by a father-daughter team at this year’s show. Others use the opportunity to create and share a self-initiated project, like photographer Paul Gargagliano’s month-long photo essays that have become a regular feature of the exhibition.

Many participants sell the pieces they’ve made at the show or use their artist statement to direct traffic to their websites or Etsy shops. With an attendance of 300 to 400 people each year, the event connects the local creative community and aims to inspire its audience to draw on their own creativity. The phrase “I’m definitely doing this next year” can often be overheard among attendees. 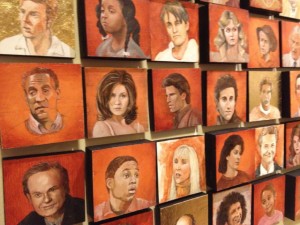 Over time, artists in other cities began contacting the Artclash Collective asking to host their own Fun-A-Day projects. To-date, shows have been held in more than 30 cities worldwide, including Montreal, London, Pittsburgh, Boston, Chicago, Brooklyn, Los Angeles, San Francisco and Christchurch, New Zealand. The Artclash Collective loosely organizes the overall project, posting information about each show on its website and sharing templates for posters and press releases. Although the various shows have their own personalities, each remains free to participants, all-ages, and nonprofit.

To find out if there is a Fun-A-Day show in your city, or to start a Fun-A-Day project of your own, visit Fun-A-Day Philadelphia on Facebook or email info@artclash.com. 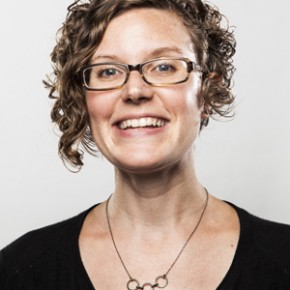 Kara Schlindwein is an art director, designer, and creative strategist from Philadelphia, PA. Since relocating to New York City she has been a book cover designer at Oxford University Press, the design and publications manager for a large nonprofit, and is currently senior art director in Pratt Institute’s communications department, as well as a student in the Design Management program. She is also a freelance illustrator and designer and organizes art shows as part of the Artclash Collective.