When a water pump breaks in Africa, does it make a sound? Barely, according to Ned Breslin CEO of Water for People. “Africa, Asia and Latin America have become wastelands of broken water points because nobody is monitoring, nobody is going back and seeing the impact of their work.” That means millions of dollars of lost investment, he says, and millions of people walking right past what should be shiny new, life-changing infrastructure on their way to drink from the same old polluted river they thought they never had to slurp from again. So Breslin ordered a solution in appropriate contemporary NGO fashion: a smartphone app. 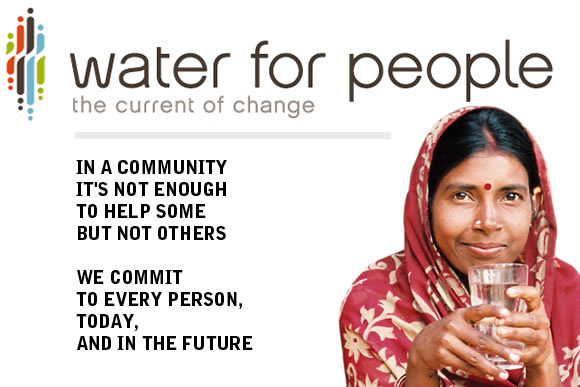 Last week, in front of an opera house filled with tech-geeks and aspiring world changers at Pop!Tech, Breslin released the product: FLOW – Field Level Operations Watch – an open source Android app that essentially replaces the clipboard as a data gathering tool for water projects monitoring, or pretty much anything else you need to pound pavement to check up on. It’s devilishly simple, and that’s the point.

FLOW is a multi-lingual, customizable, and instant way to capture and send data back to a central hub. Most importantly though, it integrates GPS tagging and a photo for each entry, crucial for real transparency and number crunching. Once the data is in the cloud, FLOW will automatically generate maps and basic statistics on everything that comes back using Google maps’ or Google Earth’s API. 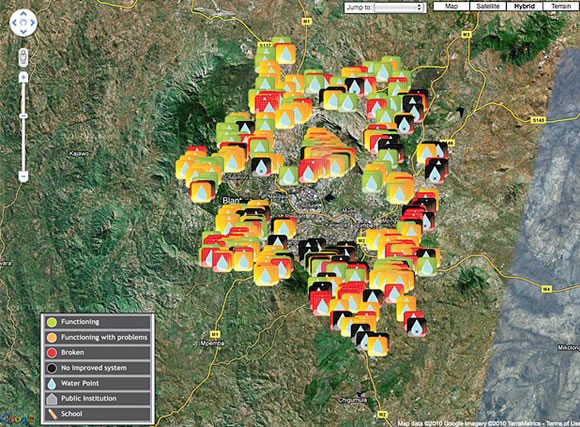 Dru Borden of Gallatin Systems, the consulting company that designed the app for Water for People over the past nine months, delights at explaining why an app beats a clipboard for collecting surveys. “You can review and edit them right on the device in the field. You can do a variety of analytics on them in the field.” You can also merge your data with other datasets in measurement harmony. For instance, in Malawi, he says, UNICEF has already done a survey of all 54,000 water points in the country. You can download that to the phone, and have FLOW give you GPS directions to each site to check up on, pesky missing street signs be damned. If you compress the surveys, they are so small you can fit millions on a microSD card. That means you don’t actually need a data connection everywhere you go–just somewhere to power the phone.

Once you get back to cell service, and upload the data, it runs on Google’s app engine. The data can be stored in the cloud on a variety of services, so FLOW will be essentially free for the average organization to run, once they buy the smartphones. That equipment cost is the catch. Buying the phones is certainly the biggest obstacle to widespread adoption of FLOW, but Borden estimates the unit cost will be about $99 with the release of a cheaper Android handset in Kenya within a year. Right now his firm has been testing it out on Droids and other more expensive models. Either way it is worth it for the returns, Breslin and Borden argue.

The murky world of measuring impact is the latest obsession of the social enterprise and NGO worlds. Add in technology, and you have the trifecta of big buzzwords in one handy downloadable project: impact, measurement, and technology, but Breslin explains exactly why this era of do-gooding has to be guided by data analysis.

He says water projects in the past that haven’t been measured just make the problem worse. “What they do is they is they scale up failure. They replicate those models that failed in other villages and because they are not looking [or measuring] you get replication and scale of failure.” FLOW solves this–if its adopted and used widely. Now the trick is to expand it from 2,000 test surveys to every water point you can point a cell phone at.

Test out a beta version of FLOW on the web.

– By Alex Goldmark of Fast Company