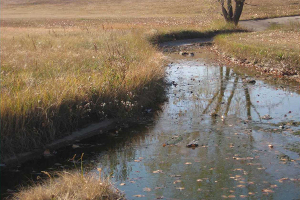 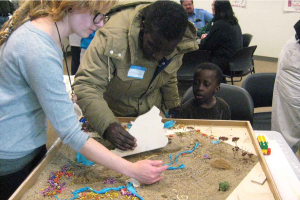 Unlike most places in the United States, the City of Fargo, North Dakota is essentially flat. When the nearby Red River Valley crests above its banks, as it did in 2000, the city must deal with the financial and human costs of a major flood catastrophe. In response, the city built a series of 20 drainage basins over the last decade to protect its urban infrastructure, paying little attention to the social and cultural impact on city inhabitants. The basins cut off and isolated neighborhoods, affecting mainly low-income and immigrant communities. To fix the problem, the city was recently awarded a NEA Our Town grant for its ‘creative placemaking’ approach to turn the basins from a public liability to a community asset. Creative States explains the innovative collaboration between artists and city planners on the Fargo Water Project.