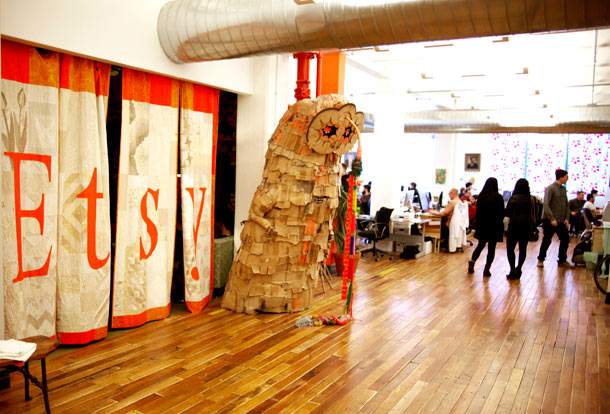 To design and make things by hand is as old as civilization – it is in our DNA as humans. It was not until the Industrial Revolution that mass production in factories transformed manufacturing and removed the human element from the goods we interact with and use on a daily basis. Today, many companies are taking steps back to recapture the allure of artisan products as a response to growing consumer demand. Just this year, companies such as Domino’s Pizza have launched marketing campaigns for their “artisan pizza line” and even mega-retailer, Walmart, is introducing an e-commerce extension to their website that showcases crafts made by women artisans. Yet, the very definition of the word artisan connotes a “meticulously handcrafted product made in small batches,” thus artisan products coming from a multinational corporation are almost an oxymoron. This conundrum raises the question: can something so big still be authentically artisanal? Or is it just another marketing tactic to gain market share?

And then there’s Etsy, the world’s largest handmade marketplace, yet its size does not seem to degrade its authenticity. Since 2005 the company has been a leader in the revitalization of handmade by designing a democratized e-commerce business model that opens the consumer market to anyone who makes things by hand. Today, this amounts to more than 400,000 crafters and counting. But, Etsy is more than an online marketplace; it is a community of people passionate about bringing handmade to the forefront of commerce. The company’s ethos is what preserves their authenticity — right down to the handmade desks that furnish their Brooklyn offices and the hand-letter-pressed business cards their team proudly shows off.

We had the opportunity to sit down with Randy Hunt, a creative director at Etsy, to learn more about how Etsy views its place in the world of big business, how handmade is more than just a means of production, and why small is beautiful. 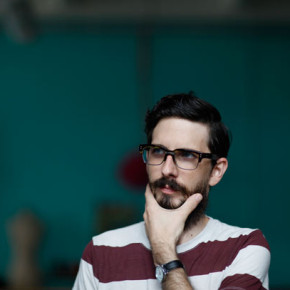 CATALYST: Tell us a little bit about yourself, what were you doing before Etsy and what drew you to Etsy?
Randy Hunt (RH):Before Etsy, I was running a start-up that curated design work. We were helping independent designers market, merchandise and sell products they created themselves. I’ve always been interested in independent commerce. Being a designer myself, I have a personal interest in designers; to help them build a business or sustain a business and livelihood for themselves. This is the core of Etsy and what brought me to Etsy.

CATALYST: In your own words, what would you define as handmade?

RH: I would define handmade as a level of intimacy. It’s more than a creation and exchange of something. It’s a way of living, a way of looking at the world, not just a means of production.

CATALYST: What would be a good metaphor for how Etsy is designed as a company?
RH: Well, there are two parts to this: Etsy’s relationship to the world and Etsy’s relationship with ourselves internally. Our founder, Rob Kalin, uses a children’s book to describe Etsy’s vision, how we function as a company and how we relate to the world. The story is about a group of little fish that get scared away by a big fish. Swimmy, this one little fish, says “we don’t have to be a big fish…we can all work together and be a big fish together.” So, all the little fish band together to form one larger fish and ward off the bigger bully fish . That’s really the guiding principle for how we organize ourselves at Etsy, internally and externally. We don’t intend to be big for the sake of being big. Etsy is about laying down the groundwork for other people’s success. It’s about creating an environment where people do what they do best. It’s very much about aligning people, and providing challenges and ownership to build mutual respect. 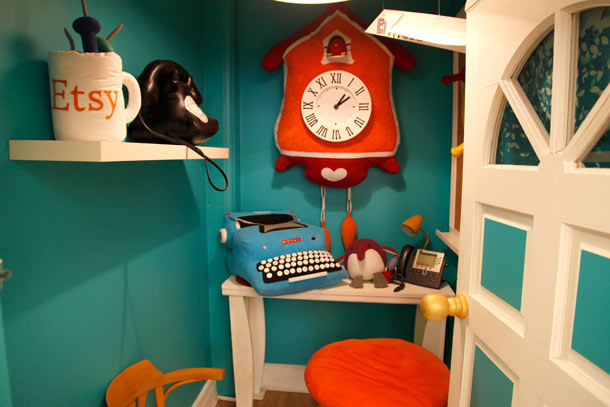 CATALYST: What is unique about the 21st century that has enabled Etsy to grow so significantly?
RH: This may seem simplistic, but I think the biggest thing is the distribution opportunity enabled by the Internet. The Internet can easily distribute an idea, which doesn’t necessarily make the idea successful, but it gives it the opportunity to grow if it is. Six years ago, there was also a resurgence of craft, DIY (Do-It-Yourself), and design intersecting with technology. Conceptually, the idea of making something yourself as a way to avoid mass production, has gained in popularity as well. These trends and cultural shifts coupled with the accessibility of the Internet have all helped our growth. 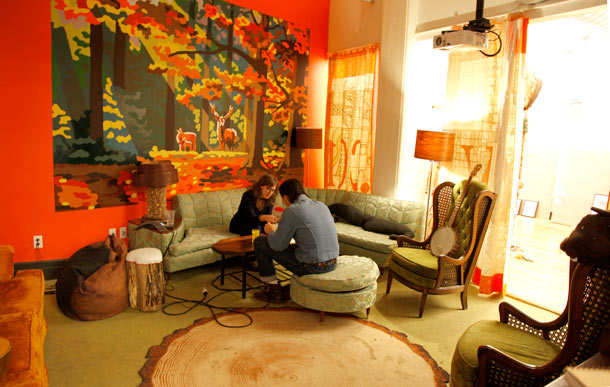 CATALYST: Is Sustainability directly incorporated into the culture at Etsy? What does Etsy define as sustainable?
RH: Internally, we have this office ecology that makes sustainability inherently baked into Etsy’s values. For example, every desk in the Brooklyn, NY, office is handmade by an Etsy seller—almost all of them made from re-claimed materials. Triple bottom line is in our culture but there’s not a notice that says ‘you must do this’ – we’re more genuine than that. I don’t think you’ll ever see us say: “Etsy is green!” It’s a way of living in the world, it’s not a bullet point to be fulfilled or a way of getting attention by waving our hands.

We came into being with certain values about human-to-human interaction that go hand in hand with Triple Bottom Line by Design.

CATALYST: Would you say that Etsy is Triple Bottom Line by Design?
RH: Etsy is very bottom-up and organic. We came into being with certain values about human-to-human interaction that go hand in hand with Triple Bottom Line by Design. Was it design by precision and intent? No. But we have a respect for people and what they are trying to do, which inevitably affects the way we see the world. 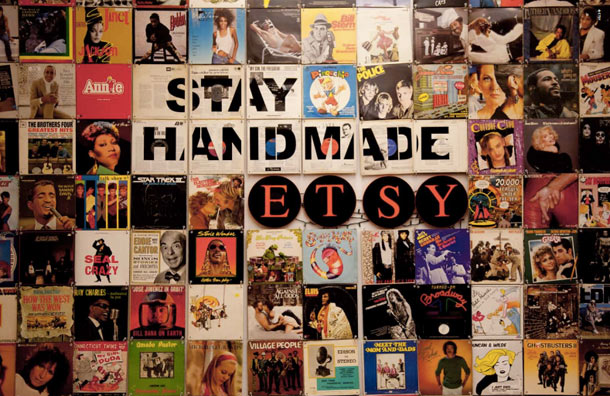 CATALYST: What is the role of handmade in building human-scale economies?
RH: In mass production, I think the efficiencies of scale create deficiencies in responsibility. With handmade there is an intimacy in the production and exchange. Handmade is a person-to-person transaction and inherently human scale – they are one and the same. It’s not person-to-brand or person-to-entity or cookie cutter retail establishment. It’s about knowing the people. The people behind what you’re buying, the story of the things you’re buying, and the story of the people behind the things you’re buying. We’re just starting to scratch the surface and we’re making the story more a part of our product.

CATALYST: How does the story behind a handmade item contribute to its appeal? And what makes an Etsy seller successful?
RH: The idea of the story behind a product: what it is, what it’s made of, where it’s been, where it’s going – these are all the stories of the thing. Some Etsy sellers, the successful ones, always tell that story behind their product. They do that naturally, and at Etsy we go out of our way to highlight those stories. The story will be built into the product. This story creates a connection and conversation so that the material exchange becomes person to person. There’s a value in this connection that very much speaks to a human-scale economy.
In 1973, E.F Schumacher wrote in his book, Small is Beautiful, “With practical people in the actual world there is a tremendous longing and striving to profit, if at all possible, from the convenience, humanity and manageability of smallness.” By strategically cultivating the collective power of small, Etsy is making human-scale possible and profitable while maintaining its authenticity as a company that is human-scale by design, not by afterthought or marketing ploy.

STRATEGIES IN ACTION:
Design accessibility
Capitalize on the collective power of small
Be genuine in your mission and goals
Build authentic human-scale economies