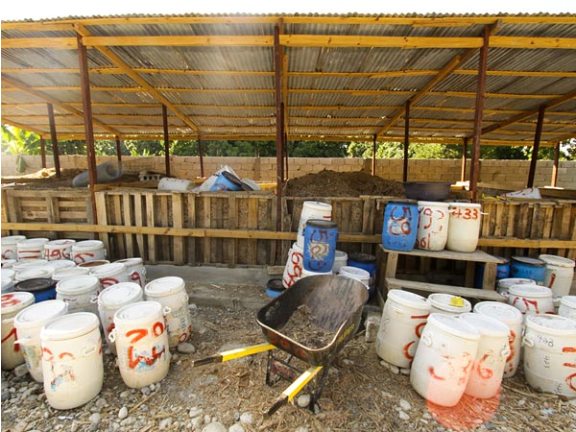 A special project lead by SOIL (Sustainable Organic Integrated Livelihood) attempts to use a new type of public toilets to address Haiti’s devastating sanitation issues.  SOIL hopes that not only will their efforts address the country’s sanitation crisis, but will also provide the people of Haiti with the means to revitalize their farmland, limit the spread of disease and aid in the creation of jobs. This resourceful project has been using a strategically design sanitation system reliant on human waste to improve living conditions for Haiti since 2006.

When a nation looses access to healthy soil, its people lose their ability to nourish themselves and to sustain economic stability. Eighty percent of Haiti’s population does not have access to public toilets. This problem was exacerbated by the devastating earthquake of 2010, and the people of Haiti have been using any method available to dispose of their waste – from sealing it in plastic bags to placing it in abandoned buildings. Unfortunately all of these practices eventually result with waste entering and contaminating the water supply. This contamination leads to a wide range of diseases, including cholera, and has already caused a death toll in the thousands.  SOIL hopes that this initiative will be exactly what Haiti needs to end this epidemic.

How does this system work? 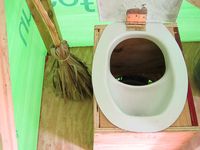 First SOIL‘s public toilets separate urine from feces inside a large drum. Once a week a truck called the “Poopmobile” collects the filled feces drums and replaces them with empty ones. The waste is then taken out of the city and mixed with a rum-making byproduct called “sugarcane bagas.”  This helps to accelerate the composting process, and in eight months the result is a soil rich in nutrients and safe for cultivation of human-consumed crops. This method has been performed around the world for centuries and increases the structure and stability of the soil which helps to prevent erosion.

The program has been very positive among Haitians, “the toilets are good, and they do not smell.” The toilets are often crowded indicating the system not only helps to improve agriculture conditions and reduce the spread of contaminants, but it also improves Haitians’ quality of life allowing them to “take care of business” in a more comfortable and sanitary setting. 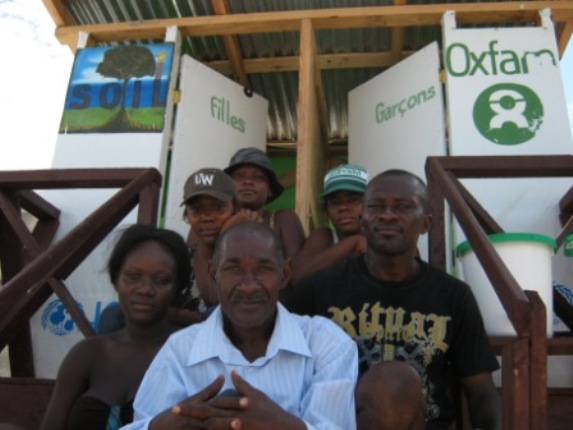 A potential challenge will be the affect of fading international funds, which often causes civic projects introduced by organizations to meet their demise. In this instance, SOIL envisions an invigorated economy, enabled by the design of a system where local private businesses, farmers, and the government of Haiti continue to implement and increase the program. This will require the buy-in from citizens as well as the leaders of Haiti’s government. Positive results of the program- including the yielding of 100,000 gallons of compost and vegetable gardens grown with the compost- are encouraging prospects.

This program is creating opportunities for Haitians to create jobs, revive their land, reduce the spread of many diseases, and potentially export the surplus of their crop in the future. The continued development of this program may lead Haiti to a future of strategic advantage on the global stage and exhibit a lesson to the world that poop has the potential to create positive change.