At the Transform 2011 Conference, people from backgrounds as varied as anesthesiology, fashion design, business, music, public health, and philosophy gathered for three days of “designing solutions” and “inspiring health” The conference was organized by the Mayo Clinic Center for Innovation, the worlds largest, integrated, nonprofit medical practice. The clinic is so all-encompassing you could almost forget that millions of people in the U.S. and across the globe do not have access to adequate care.

Here’s to the crazy ones. The misfits. The rebels. The troublemakers. The round pegs in the square holes.”

You may remember these lines from the Apple Computer ads from the 90’s. They featured black-and-white footage of 17 icons that changed our world in the 20th century. This group included visionaries such as: Albert Einstein, Bob Dylan, Martin Luther King, Gandhi, Jim Henson (with Kermit the Frog), and Picasso. What you probably don’t remember is that the original 1-minute version of the commercial stated:

“They’re not fond of rules. And they have no respect for the status quo. You can quote them, disagree with them, glorify or vilify them. About the only thing you can’t do is ignore them. Because they change things. They invent. They imagine. They heal. They explore. They create. They inspire. They push the human race forward. Maybe they have to be crazy.” 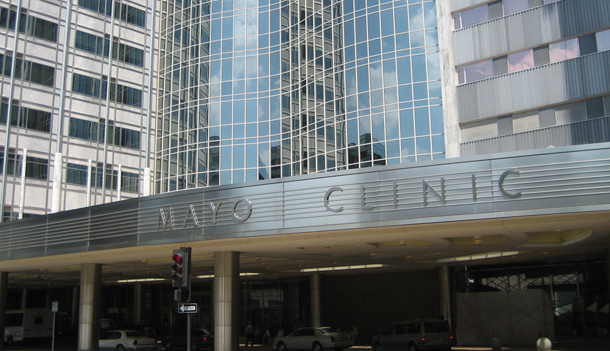 After showing the ad during his presentation at the conference, Dr. Jay Parkinson noted with disappointment that the montage of images did not include any doctors, despite the fact that the ability to “heal” is cited in the original ad copy. Parkinson is a doctor, a designer, an active blogger and an accomplished fine art portrait/fashion photographer, which is a surprisingly eclectic mix. It’s also a perfect combination of the range of talent that came together to discuss a topic that is in desperate need of solutions—healthcare.

However, Parkinsons’s thought provoking commentary helped to set the tone of the conference, and one theme that came up over and over was the need to include patients in their own diagnosis and recovery process. There were examples of how we can employ things like the online resources, crowd sourcing, and smartphones in this effort. David Webster from IDEO told us how the website OpenIDEO has gathered 17,000 members from more than 170 countries to generate solutions for challenges such as maternal health and fighting childhood obesity. “It’s about connecting like-minded people from around the world,” stated Webster.

It’s not a stretch to say that Dave deBronkart; also known at “e-Patient Dave” used the Internet to help save his own life after being diagnosed with Stage IV kidney cancer. He was facing a median survival rate of 24 weeks. That was four years ago and needless to say he is very much alive, and on the speaker circuit thanks to information he learned from other patients in online forums. Remarkably deBronkart’s own doctor has even embraced this as well. Together they have become well-known advocates for patient engagement. Dr. Jay Parkinson has created an innovative online solution for his patients. He has chosen to operate his medical practice on a Facebook-like platform. Patients can schedule their own appointments and receive follow-up consultations online. He also makes house calls for his Williamsburg, Brooklyn patients who love this service. 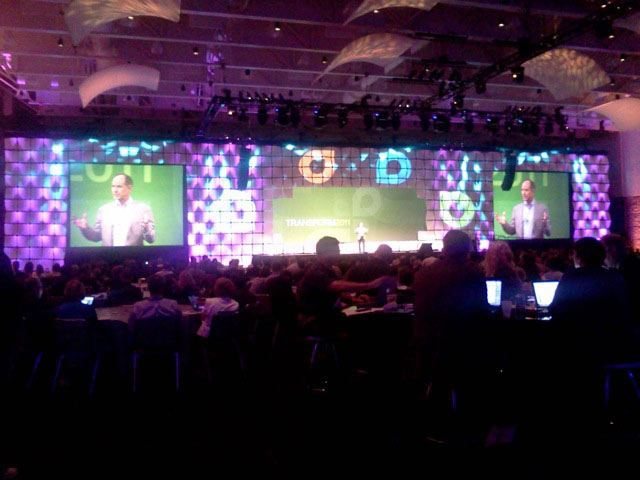 Not all of the solutions that were discussed at the conference were technology based. Jessica Floeh designs women’s fashion accessories that hide insulin pumps and glucose meters. The name of her firm “Hanky Pancreas” gives you an idea of her refreshingly irreverent and straightforward approach to problem solving.

Rebecca Onie, whose work is to help patients utilize already existing services in low-income areas, took her inspiration from Dr. Jack Geiger. Geiger founded a public health clinic in the Mississippi Delta in 1965 and wrote prescriptions for food for his malnourished patients. His patients would take the prescriptions to their local supermarket where they received milk, eggs, meat, fruits, and vegetables. The supermarket would in turn charge the pharmacy account of Dr. Geiger’s clinic. Onie has taken the idea of writing prescriptions for health issues that cannot be addressed by medicine alone. Her program, Health Leads, has placed volunteers in clinics whose low-income patients need assistance in finding and utilizing existing community resources. When a doctor sees a patient who’s underlying issues may be that they have no food at home or are living in a car, they receive a prescription for food, housing, home heating assistance or other critical resources – just as they would medication. Patients take their prescriptions to the clinic waiting room, where Health Leads’ volunteers are ready to connect them to these resources.

This was a truly inspiring conference. I could go on and on with highlights like John Hockenberry’s sparkly wheelchair accessories and Alan Churchinov’s observations on urinals but I would never be able to convey all the revelations and brilliant ideas that were shared at the event. Instead I recommend that you check out the videos yourself on the CFI website at http://centerforinnovation.mayo.edu/transform/index.html.