Maren Maier is a design strategist, researcher, writer and founder of Creative States, a non-profit consultancy that promotes bold new creativity in the public realm. Creative States focuses its attention on the importance of the arts and design to the health of democracy and the rise of sustainable prosperity. In 2016, it will launch a cultural think tank to investigate the role of art and design in opening up new directions for policy research and new modes of public engagement. 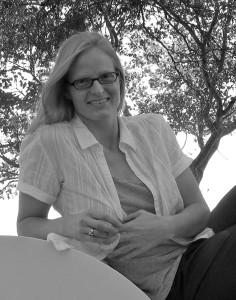 Maren began Creative States after she attended the Design Management Masters program at Pratt Institute. While there, she teamed up with classmates to lay the groundwork for Pratt Institute’s Catalyst Magazine as a forum for thought leadership around design futures. Through the program she also enhanced her leadership skills and ability to insert design into strategic planning processes for businesses and non-profits. Maren believes this competency has become increasingly important in the public sector as well.

Given the daunting challenges many nations face today, public officials feel unprecedented pressure to deliver more with less. Simultaneously, an expanding number of public leaders, economists and ordinary citizens are questioning the meaning of ‘economic prosperity’ amidst rising inequality, particularly as a growing political impasse erodes notions of shared value and collective impact.

Maren uses this perspective as a starting point to curate Catalyst Issue 14: Designing Policy for People. Entrenched bureaucracies, vested laws, political interests and ‘the way we’ve always done it’ attitude may feel permanent. However, in this issue we aim to demonstrate how they are merely expressions of a dominant culture. And culture can be changed with the right tools.

Maren earned a B.A. in Anthropology and Art History from Columbia University and a Masters Degree in Design Management from Pratt Institute. She has worked in curatorial departments at the American Museum of Natural History and the International Center of Photography, managed sustainable procurement at ABC Home Furnishing in New York City and served as Director of Green Business Certification at Green America, a non-profit in Washington, D.C. She is currently Executive Director of Creative States.

On behalf of Pratt Institute and the Catalyst editorial team, Maren would like to thank the authors for their thought leadership and bold contributions to this enriching conversation.