Designing Opportunities for the Many and Puerto Rico’s
Creative Economy.

Concalma, a Spanish phrase meaning to preserve tranquility, threads through Puerto Rican native Matilsha Marxuach’s entire business model. Her fair trade, locally sourced products are designed to be adaptable, reusable and responsible, and have gained international acclaim since she founded her company 10 years ago. Yet Matilsha’s success as a designer has as much to do with the quality of her products as with her own resourcefulness and the perseverance of her fellow Puerto Ricans.

Puerto Rico is an Island located in between the Caribbean Sea and the North Atlantic Ocean. For centuries, Puerto Rico was occupied by Spain, where its cultural heritage flourished along with a deep sense of living centered around the natural and agricultural riches of the island. This shifted in 1898, when the United States took possession during the Spanish-American War. (1) Puerto Rico quickly modernized its infrastructure over a period of ten years under the leadership of Governor Luis Muñoz Marin. Simultaneously, the United States implemented public health, public education, as well as public housing developments, leading to the enforcement of two game-changing laws: The Foraker Act in the early 1900s, followed by the Jones Act in 1917. (2) The Foraker Act stated the United States would maintain strict control over island affairs, giving the United States absolute control over product exports and imports. The Jones Act provided all Puerto Ricans with United States citizenship. In ceding control to the United States, both acts dismantled local ownership and a sense of pride in the powerful economic heritage developed under Spanish rule. At the time, Puerto Rico was valued all over the world for its agriculture products, such as coffee, tobacco and sugar. While industrialized nations moved to expand their markets across borders and oceans over succeeding decades, Puerto Rican businesses were unable to infiltrate into the global marketplace and faced mounting economic hardships.

As these hardships worsened, Puerto Ricans also faced years of political turmoil and distrust under corrupt political parties that spiraled the nation into a $72 billion debt to the United States. (3) The debt spiked severely with the global economic crisis in 2007-2008. Yet unlike Detroit – a city that filed independently for bankruptcy protection – Puerto Rico’s status as a commonwealth of the United States requires the nation to obtain permission from the U.S. Congress to relieve it from its debt obligations. To date, the U.S. Congress has been uncooperative on the issue. The resulting pressure to pay back this debt rests on the shoulders of the Puerto Rican people.

How do creative and cultural economic principles, and a mindset of leading as if life matters help to pivot this downward spiral? How can we retool mindsets and create possibilities for businesses to prosper, reigniting optimism for those tasked with reducing the burden this debt has caused?

Concalma represents this ethos and exemplifies a new wave of Puerto Rican businesses working for a brighter tomorrow. They serve as a role model for other up-and-coming entrepreneurial enterprises. Matilsha Marxuach built Concalma after graduating from Rhode Island School of Design in the United States. Matilsha was inspired by her studies to create a product that was good for the people, good for the planet and produced locally. She structured Concalma on an important collaboration between product-people-planet. Her core line of products are fashionable bags produced from repurposed fabrics, and influenced by traditional local cultures and exhibit Matilsha’s passion for sustainability and functionality. “Concalma products serve as tools to facilitate our physical flow from one place to another treading lightly on our planet.” 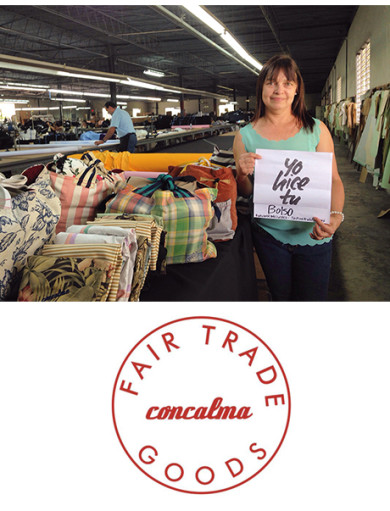 Matilsha is also an avid advocate of fair trade and local consumption, which are the guiding principles of her work. An important element to her business, Matilsha was able to locate a women-owned cooperative manufacturer that specialized in the artisan talent she needed. At the time, Cooperativa Industrial Creación de la Montaña, an industrial sewing factory and women’s cooperative in the mountainous regions of Utuado, Puerto Rico, was on the brink of closure. With Concalma’s partnership, the cooperative was able to keep its doors open and significantly improve the working conditions of its worker owners. The cooperative is once again thriving.

Matilsha credits the success of her business to her founding principle of ensuring that all parties involved in the lifecycle of her products are financially sound. She explains that high profits are not her main priority, and that her business breaks even. What is important is that everybody who contributes is profitable, feels valued, and understands they play an essential role in ConCalma’s success. Matilsha has also made it her mission to collaborate with other local designers and businesses that want to start a business and follow in similar footsteps. Over the years, she has shared her conviction and support to local artists, designers and businesses attempting to bring their work into the community. 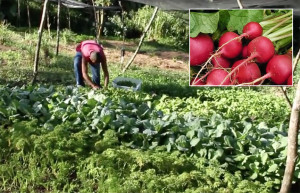 Despite barriers imposed by the island’s economy and law, Matilsha launched her business online to ensure ConCalmas’s designs have access to international markets. She plans to invest 1% of each online purchase towards local sustainability initiatives. Her support to Agroecología initiatives will promote chemical free methods to care for land and preserve local soil and water resources and educate Puerto Rico’s agricultural communities and beyond. Donations to Siembra Tres Vidas will aid the purchase of non-GMO seeds, distribution of organic and local produce and education programs to help Puerto Ricans eat healthier locally produced foods.

Ten years ago when Matilsha Marxuach was designing the framework for ConCalma, she may not have known the concepts of creative enterprise leadership, and leading as if life matters. However, from the start and at the heart of Matilsha’s business is a focus on including and empowering local talent in the ConCalma community. Through uplifting images of the island and its riches, and stories about the people, planet and local economy, customers can see how closely tied their purchases are to the positive change. In the near future, she hopes to begin producing bags made out of organic fibers and expand her product offerings across the global market. As her business continues to grow, she serves as a role model and rallying cry for fellow Puerto Ricans:

“Whatever you want to design, just do it. Starting is the most difficult part.” Even when things look intimidating, Matilsha and the community of ConCalma push boundaries and inspire others to tap into their enterprising creative spirit to advance a more inclusive and sustainable Puerto Rican economy together. 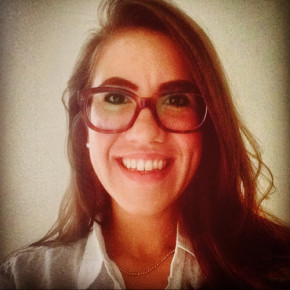 Matilsha Marxuach is the founder/CEO of Concalma LLC and the Senior Designer of Concalma handbags. She is a graduate from Rhode Island School of Design. Concalma was established using the values of fair trade and the founding principles of sustainability, being especially enamored with the quality of resiliency and the ability to adapt and endure. Her inspiration comes from local culture as well as from traditional lifestyles and knowledge. Her passion for sustainability and functionality lead to her founding the Concalma brand which offers high quality design products. Matilsha also serves as an avid advocate of the concepts of fair trade and local consumption, which are the guiding principles of her work. Among her Awards and Recognitions:
2014 winner – “Microentrepreneur of the Year” by Citi Foundation and the
Puerto Rico Community Foundation
2009 finalist – Guayacán, Inc. – EnterPRize Business Plan Competition
She has participated in international and national conferences and events such as:
2015 H-3 Conference – Tech and Innovation – Social Entrepreneurial track
2014 Ted x Talk, Santurce PR
Iberoamerica Biennial – Matadero (Spain)
Bronx Museum of The Arts – Concalma Holiday Pop Up Shop – New York
AMO Studio Pop Up Shop – Soho, New York.

The Origins of the Puerto Rican Debt Crisis
By Greg DePersio, Updated May 2, 2016