A good brand is immensely valuable but is typically associated with products and organizations. Taking this concept a step further, design consultants at FutureBrand have been measuring and ranking global perceptions of the world’s nations – from their cultures, to their industries, to the economic vitality and public policy initiatives, to derive the Country Brand Index (CBI).

The strength of a country brand is determined in the same way as any other brand – it is measured on the levels of awareness, familiarity, preference, consideration, advocacy and active decisions to visit or with which to establish a commercial relationship. However, the most important factors that truly differentiate a nation brand are its associations and attributes – the qualities that people think of when they hear a place name, or look at a photograph or plan a trip.

Unsurprisingly, the top 25 country brands last year were of a Western-majority, as has been the case since the CBI was launched in 2005.

With eyes set unto that which is yet to come, the team at FutureBrand chose to add an additional component to their annual global rankings; Future Fifteen. This list recognizes countries that are on course to transform the global landscape economically, politically and culturally in the coming years.

A common trend prevalent throughout the report is that the best country brands have strong sense of identity, developed over time and presented consistently across touch points, which is critical to brand success of any kind. Country brand strength is a nation’s ultimate intangible asset and goes beyond its geographic size, financial performance or levels of awareness. While many brands believe a strong economic performance is vital to brand strength, it is not enough to guarantee a high world ranking. It is much more – a strong country brand should make peoples’ lives better. 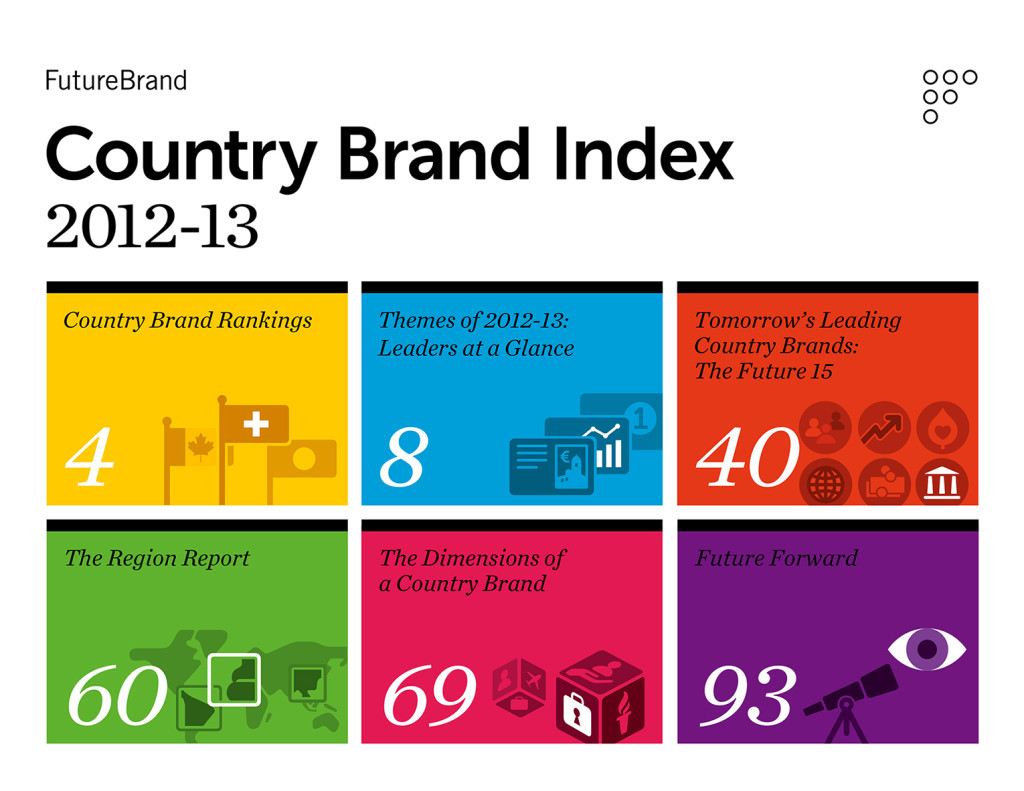