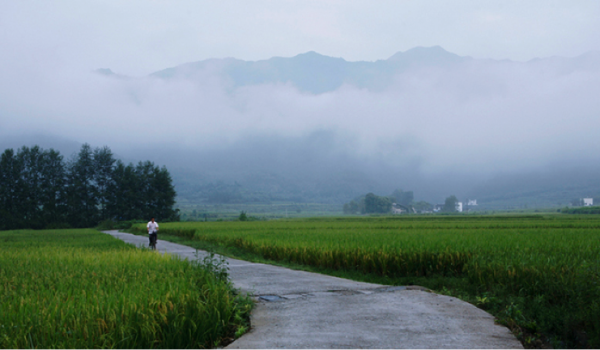 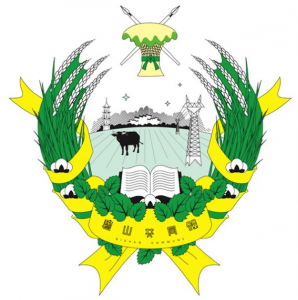 The official logo for Bishan Commune

Bishan, a Chinese village in the southeast of China, once rich with innovative architecture, superior craftsmanship, and artistic tradition, finds itself struggling to compete with the economic rise of China. Reflective of the scenes in Ang Lee’s movie Crouching Tiger, Hidden Dragon, the classic, ancient Hui-style architecture can be found in Bishan, displaying detailed cornices, brick and tile relics, and white-washed houses. Today, the village of Bishan is dotted with empty and crumbling buildings, and its traditions are disappearing even faster.

Realizing the effects of over-commercialized artist villages like the 798 Art Zone in Beijing, as well as the excessive urbanization in China, Chinese activist and curator Ou Ning led a group of artists and intellectuals to start a project named Bishan Commune in 2010, which aims to restore the culture and traditions of Bishan through artistic approaches.

Ou Ning made his first trip to Bishan in 2007 and found himself moved by the local history, artistic culture, and ancient architecture. However, he sadly discovered that the local residents were planning to tear down the classic architecture to construct modern buildings. Knowing something had to be done to save the culture of the area, Ou implemented Bishan Project as a creative approach to promote the local economy. 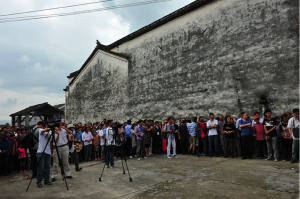 Selling his apartment and belongings, he left his life in Beijing and moved to Bishan in 2010 where for the following years he would maximize his efforts towards restoring the artistic traditions of its historical community. While in Bishan, Ou was able to implement a number of events including the Bishan Harvestival in 2011, the Yixian International Photo Festival and the “Yixian County Baigong” folk art exploration in 2012, as well as exhibitions at some of the most significant architectural monuments in the area. Organized by the Bishan Commune, artists were invited both locally and globally, to create arts reflective of the history and local traditions. Additionally, education programs for local children were carried out.

While being cognizant of the changing economies and globalization, the Bishan Project does not aim to return to the past, but rather seeks to preserve the things that still hold value, while at the same time, adapting to China’s national context.  Compared to more radical anti-government-leaning communes such as the Freetown Christiania in Denmark, Bishan Project’s approach neatly and strategically works within the radar of the Chinese government. 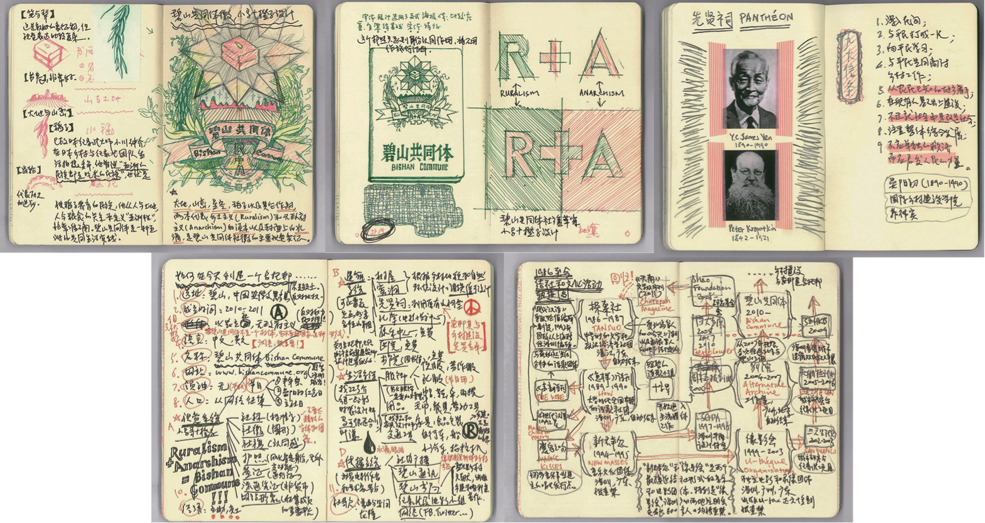 From Ou Ning’s notes for planning the Bishan Project

The progress of the Bishan Project can be measured in the increasing commodity trade of the surrounding areas, the re-purposed ancient buildings, and the amount of people it has attracted and involved both in the local community and globally. As more activities are being planned, challenges from the government and from the local villagers are also being faced. For example, as the project gains notoriety and growth is planned, the issue of compensation and balance of lifestyle and commercialism has become more of a concern for villagers.

As a result, the future remains uncertain, of whether or not the Bishan Project will become a successful case for restoring a community’s culture and artistic traditions, or another fading fantasy for artists. 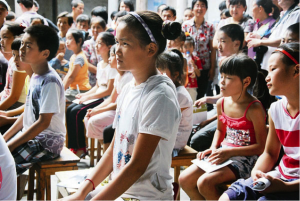 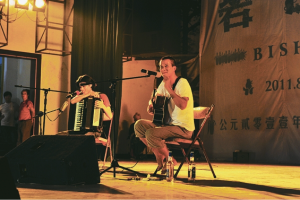 Chelsea (Yun Chen) grew up in Hangzhou, a beautiful city in the southeast of China. She was exposed to the prominent art culture in China from a very early age. At the age of seven, she began her calligraphy training and attained approximately 20 awards including several national titles. Chelsea graduated as valedictorian from Tongji University in Shanghai with a Bachelor of Arts in Photography, along with a degree of Master of Arts in Art Theory, concentrated in New Media Art.

Chelsea is interested in both traditional art and new media technologies, especially the interdisciplinary between them. During her time in the Tongji University, she worked as the project manager leading the designing team for PSA HMI Innovation Lab project, a joint initiative of Tongji University and PSA Peugeot Citroën (France) that explored innovative applications of new media technologies to automotive engineering. In 2012, she also worked as the project manager of JUE NEXT GEN, a photography competition within the JUE | Music + Art Festival, a three-week urban arts and music festival in both Shanghai and Beijing. In 2013, she began pursuing a master degree in Arts and Cultural Management from Pratt Institute in New York City, hoping to discover more possibilities with the interaction between traditional and modern visual art, as well as the eastern and western world during this journey.