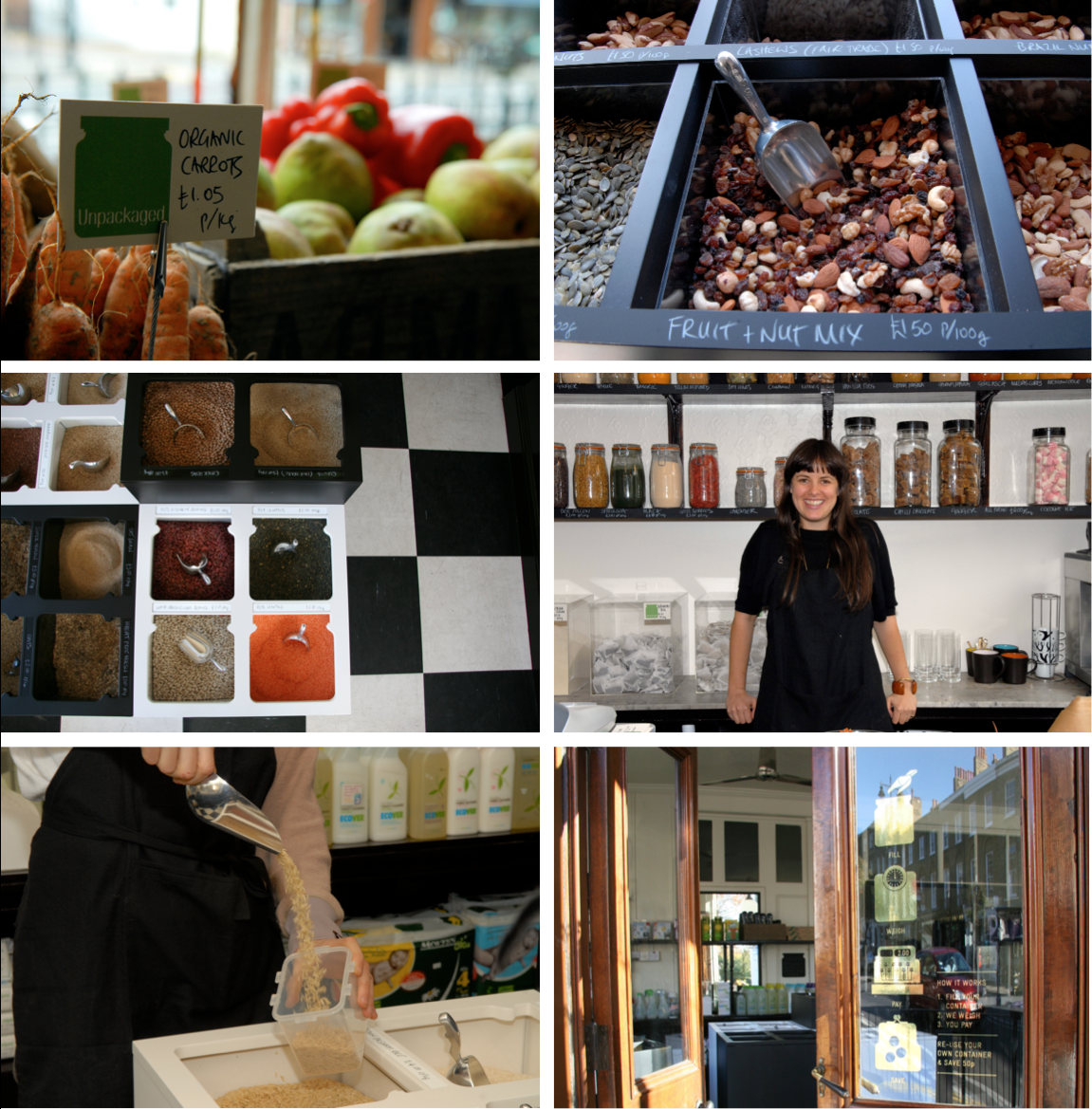 BYOC  —Bring Your Own Container is a new waste reducing eco-trend that goes beyond carrying your own tote to the supermarket. The BYOC concept encourages consumers to bring their own jars, bottles or tubes as well. Skipping the shelves, shoppers in a BYOC grocer instead fill their containers from bulk containers of goods. In America 570 million pounds of un-reusable packaging is discarded each day alone, and this waste reducing alternative is poised to make an impact.

The BYOC concept was first introduced in 2006 by the award-winning London store Unpackaged. After growing success the store expanded its small bulk food sections into more traditional grocery stores. True to BYOC, most of the company’s products are sold package free, and goods that do have packaging are recyclable. Alongside the products, reusable containers and bags are either sold or available to borrow as well. This lends a hand to shoppers who forget to bring their own, and encourages first time customers to join in.

Similar package-free stores have since opened up in the U.S. Real Naked Food in Chicago opened its doors in 2010, and In.gredient in Texas opened in 2011. A few Whole Foods stores also allow consumers to bring in their own containers. A similar concept is found in Paris – and coming soon to some American grocery stores – where there are 1,000 liter capacity machines allowing consumers to fill their own wine bottles.

Reducing plastic wraps and boxes is just one of several positive impacts of BYOC. The benefits extend to people and profit as well, giving it a triple bottom line advantage. Using their own containers, shoppers can buy ingredients in the amount they really need, instead of what is dictated by the package. Avoiding packaging saves money, because consumers don’t have to bear the cost of materials or company advertising. More so, BYOC is good for business because it is highly profitable for store owners to buy in bulk. While BYOC is easier on everyone’s wallet, a recent survey showed that consumers are willing to pay a premium for green goods and services like this, especially in Chile, China and the UAE. With advantages like these, BYOC is a positive choice for both consumers and businesses involved. And since BYOC does not create any additional waste it is good for the planet as well.

Despite the benefits however, there is a conceived downside to the BYOC concept. According to Chicago’s Health Department, BYOC can mean danger from cross-contamination. For example, a customer might dip an unclean jar in a container of dry nuts, potentially contaminating the rest of the contents in the container. Store personnel have to monitor shoppers and check containers to make sure problems like this are avoided.

The bottom line is that a sustainable packaging system design requires collaboration from consumers, producers, the business sector, and in some cases the government as well. Consumers should wash their containers well, BYOC business owners should set high standards for hygiene, product designers should design food dispensers that prevent contamination, and the government should support these local innovators. You never know, an inspired big corporation might consider this BYOC concept and make it a norm for people’s increasingly “on-the-go” lifestyles.