Bulgaria is nestled between Romania, above; Turkey and Greece, below; and Macedonia and Serbia to its left.
Built by the Romans in the 4th Century, its capital Sofia includes historical influences from Greek, Roman, Ottoman, and Soviet occupation.
Map provided by OneStopMap.com

June 2011, a public art group called Destructive Creation transformed one of the many monuments dedicated to the Russian army in the culturally rich capital of Bulgaria. ‘Keep up with the times’ was inscribed at the feet of the soldiers converted into comic characters (Santa Claus, the Joker etc.). This subversive public intervention shed an ironic look on changes affecting Bulgaria, like globalization and the pervasive presence of the neoliberal economy. Today, a quarter of a century after the fall of the Berlin Wall and the consequent end of the socialist era, the need to keep abreast with change and stay aware of how global developments affect local contexts remains a topical message. 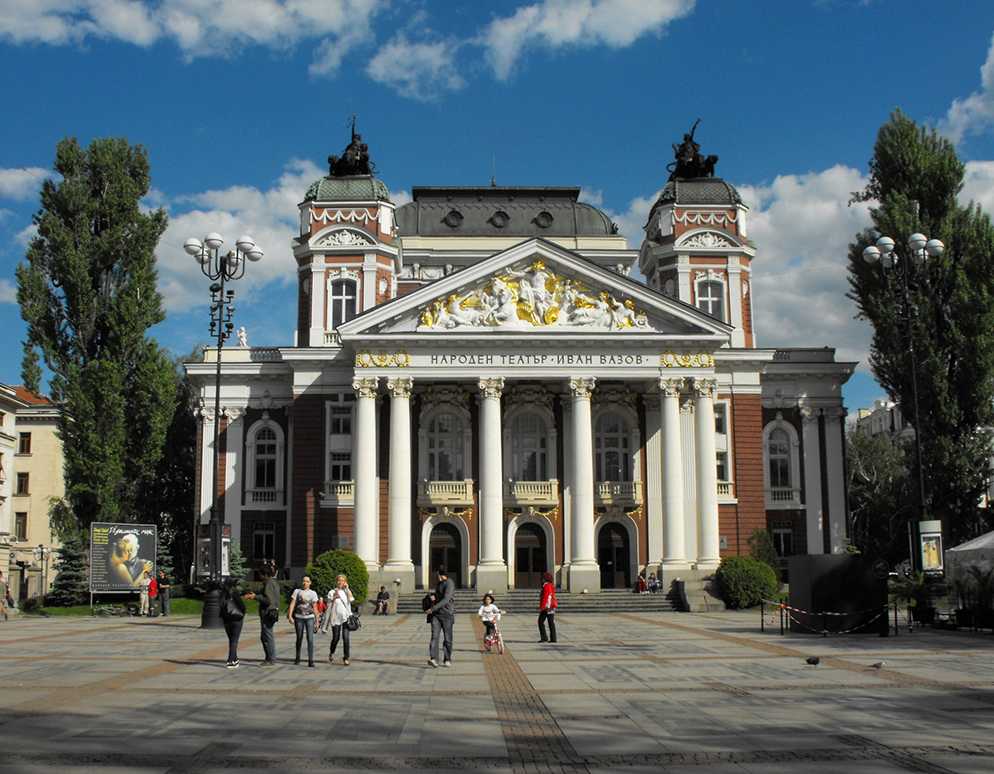 In 2016, for the first time since democratic rule in Bulgaria, municipal authorities in the nation’s capital created a formal strategic plan to boost the potential of Sofia’s growing independent arts scene. In dialogue with stakeholders from the fields of Dance, Literature, Music, Theatre and Visual Arts, authorities proposed a long-term strategy under the brand name ‘Shared Vision’ to transform Sofia into a leading cultural and creative European city, where co-creation, public interaction and professional development in the arts thrive. The Birth of Sofia’s Cultural Strategy
A team of ten people carried out the work: five arts discipline experts, a project manager, a project coordinator and a culture expert responsible for the design of an intense process of analysis (only six months from gestation to finish). The proposal encompassed multiple tasks: reaching out to respective professional networks (through an online questionnaire, consultation groups and public meetings) and analyzing the current context of practice (talent, technology and sharing) in the five artistic practice fields (Dance, Literature, Music, Theatre and Visual Arts). Finally, they discussed the core areas of intervention that would underpin the strategic vision for development.

Representing the free initiative of organizations, artists, and formal and informal associations, a team of ten people carried out the work. Five arts discipline experts, a project manager, a project coordinator and a culture expert reached out to respective professional networks (through an online questionnaire, consultation groups and public meetings) and analyzed the current context of practice (talent, technology and sharing) in the five artistic practice fields (Dance, Literature, Music, Theatre and Visual Arts). They then discussed the core areas of intervention that would underpin the strategic vision for development.

The design of the project relied on open participation. To make this proposal work, the group developed the visual identity and core definition of the free arts scene using three short videos and over twenty media interviews to raise public awareness. International culture experts contributed at the public launch and closure meetings with special reports. The team used a full range of networking tools, including a public-funded website relevant to the target stakeholders, social media pages and video channels. ‘Shared Vision’ motivated artists, organizations, funders and partners to contribute with their views, data and capacity.

The foundational effort reached 10,000 people and engaged the qualified input of over 300 persons and organizations. This led to a joint proposal for a strategy with a concrete plan of action that has been shared publicly and is now in a consultation dialogue with the Sofia Municipality Council. Four priority lines of action were established: Monitoring of strategic activities and analysis of their impact; Optimization of the municipal program support and creating stimuli for stakeholder participation; Strengthening the creative scene and audience involvement through long-term partnerships; Supporting the sustainable development of non-state cultural organization. Supporting Regional Cultural Policy Initiatives
This may be the most known cultural policy initiative in Bulgaria, but other Bulgarian cities such as Ruse (facing Romania through the Danube River) also consider culture as a gateway to ‘keeping up with the times.’ Bulgaria as an EU country and the town of Ruse are actively involved in the EU Strategy for the Danube Region. This regional strategy unites fourteen countries (including EU neighbors), with the common aims of better connecting the region, protecting the environment, building prosperity and strengthening institutional capacity and security. An example of how this strategy is applied, is the Danube Conference on culture, an initiative of the State of Baden-Württemberg that was launched in 2013 in Ulm (Germany) and hosted by a different Danube city each year. The main goal of the conference is to provide exchange of experiences involving cultural work in the Danube region, to highlight the success of implemented and promising projects, to discuss questions of cultural policy and to revitalize the chances of the region for widening cultural diversity through multinational cooperation.

In 2016, the Danube Conference held in Ruse brought together many representatives of the cultural public as well as actors of the independent arts scene. The meetings, presentations and discussions highlighted a challenge common to most post-socialist countries and important to reconnecting European countries. There is a high demand for professional development in the field of cultural management, in particular improving the skills for regional and international cooperation and collaboration. This is because of aspirations and desires to work together, in order to establish closer connections with local cultural contexts.

Forward Momentum With a Clear Goal in Mind.
It takes time, but Bulgaria’s efforts by creative and cultural enterprises across their capital city demonstrate the drive to keep up with new developments in the cultural field. In 2017, Bulgaria will appear more prominently than before as an important EU outpost on the border with the Eastern Countries (Ukraine, Belarus, Moldova, Georgia, Armenia and Azerbaijan) and with the Western Balkans (Macedonia, Montenegro, Serbia, Albania, Bosnia and Herzegovina and Kosovo). It is a direct neighbor of the Republic of Turkey, which is marked by political and cultural unrest and acts as an unreliable EU partner on issues such as military support and refugee flows reaching Europe. There is a significant role of cultural influence needed in Sofia and in Bulgaria more generally, to help ensure the European and democratic values are accepted and practiced. With only a year before Bulgaria takes over the presidency of the Council of the EU in 2018, the need for change is both immediate and vital. A ‘Shared Vision’ that would unite the freedom of inclusive artistic initiative with a cultural strategy is an asset for a treasured European region at the crossroads.

Left: The National Assembly, Monument to the Liberators and Alexander Nevsky Cathedral. Photo by Jennifer Hitchcock;
Right, a touch of summer mood in the sky above Sofia, Bulgaria. Photo by Georgi C. Images retrieve from Flickr.com Dr. Petya Koleva
Petya is an EU expert on culture and international cooperation. She focuses on practices and policies that design the future of culture and creative industries, particularly arts and innovation. Through Intercultura Consult®, she encourages (inter)national initiatives supporting the professional development of culture managers and arts professionals. She is a visiting professor at NATFA in Sofia, Bulgaria. 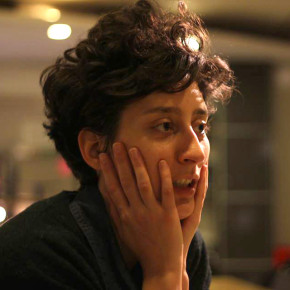 Elisa Calosi
Elisa is an expert in culture and communications. Her professional work focuses on linking cultural organizations in Germany, Bulgaria, Italy and other European countries with a large community of artists. In addition to her role at Intercultura Consult®, she also works as a freelance cultural producer and arts mediator.

The ‘Shared Vision’ project was supported by the Europe program of Sofia Municipality and initiated by the Association of Free Theatre.